Originally, it was composed as a joke and was performed at a Mardi Gras concert for a few of his closest friends. Saint-Saëns did not allow the score to be performed in public during his lifetime because he was concerned that people would not understand his humor. However, two months after his death in 1922, the Colonne Orchestra in Paris performed “Carnival of the Animals” to the delight of hundreds.

It has been a favorite of children ever since.

When I was in my master’s program, I wrote a unit for fourth-grade students based on “Carnival of the Animals.” My goal was to help students understand how the principles and elements of music become the thread interweaving all subjects; such as correlations between math and music and the relationship between music, poetry, rhythm and vibrations and how to combine math and technology to create an online business. More on this later…

Here are some suggestions on how to use “Carnival of the Animals” with your children:

There are several versions of “Carnival”—some include the narrations, and some do not. I would get both.

Play the non-narrated versions and try to guess what animal is being portrayed by the music—it will help to develop your child’s aural or listening skills.

Next, play the narrated versions and then try your hand at creating your own alliterations for each animal. For instance, years ago my kids came up with these alliterations and artwork for “Carnival” 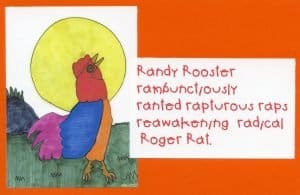 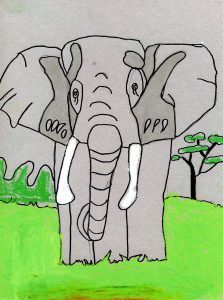 Afterwards, they each drew a picture to go along with their animals. My youngest son took his alliterations and made greeting cards for his friends.

So, put on your creative thinking hats and come up with your own alliterations and drawings for this amazing piece of music!

Book: Carnival of the Animals: Classical Music for Kids, by Barrie C. Turner

Book: Carnival of the Animals by John Lithgow

6 REASONS WHY YOU WANT YOUR KIDS TAKING MUSIC LESS

NEW BLOG: DOES THE MUSIC OF MOZART MAKE YOUR SMAR

WHY TEENS INVOLVED IN MUSIC ARE MORE RESPONSIBLE,

THE RESEARCH IS OUT! TEENS INVOLVED IN MUSIC HAVE

MUSIC LESSONS: ONE OF THE BEST PREPARATIONS FOR TE

DID YOU KNOW THAT MUSIC INVOLVEMENT FOR TEENS BECO

DISCOVER HOW MUSIC IS ESSENTIAL TO LEARNING! Musi

HOW LISTENING TO MUSIC & LEARNING A MUSICAL INSTRU

MUSIC, READING AND THE BRAIN There are 3 specific

HOW MUSIC BUILDS MEMORY SKILLS IN CHILDREN When c

MUSIC AND LANGUAGE: HOW THEY CONNECT Did you know

SUGGESTIONS, LISTS, & IDEAS OF ADDING MUSIC TO YOU

HOW MUSIC COMMUNICATES LOVE TO A BABY Did you kno