Inside: Ever wonder what it takes for your child to develop a musical talent? It’s different for all children, but here’s what one expert believes is the evolution and steps to take when a child is developing musical talent. 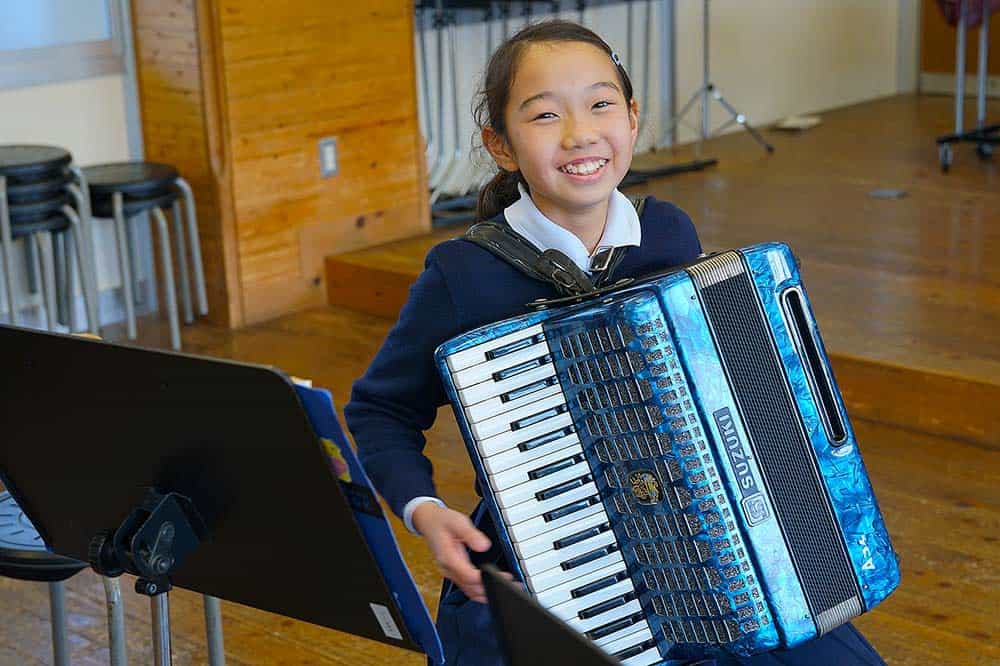 Have you ever wondered if there is a formula for creating musical virtuosos?

Does it happen when parents notice musical talent in their children at a very early age and nurture it with music lessons, camps, and other music activities? Or is there a unique formula; something specific to watch for in a young child like singing with perfect pitch at a young age or playing a simple piece on the piano at a very young age? (think Mozart). Is virtuoso musical talent innate or, like most talents, does it evolve through hard work and practice?

Bottom line: What constitutes talent? When is it recognized? How is it developed and nurtured?

Lauren A. Sosniak, an associate professor of education at the University of Illinois at Chicago, conducted a study that gives a very clear outline of how exceptional talent is developed.

Twenty-one concert pianists were interviewed to find out what was involved in developing outstanding achievement in music and how this relates to the overall development of talent. Ms. Sosniak found the following:

Development of talent takes a long time—an average of seventeen years of hard work from the time the child begins training until she receives international recognition.

#2: Initial Goal: Not to Become a Professional Musician

#3: Did Not Show Unusual Talent at an Early Age

Surprisingly, they did not show any unusual talent at an early age. Their parents gave them lessons because, like many parents, they felt that learning a musical instrument was a positive thing. 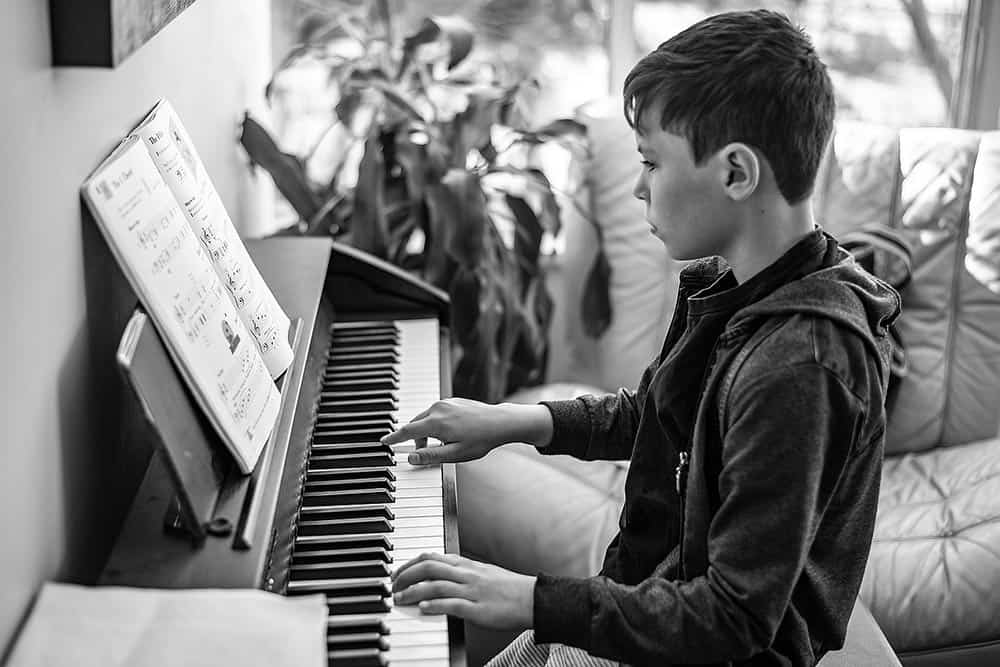 The development of musical talent has been researched and studied with interesting results. The most important reasons for getting children involved with learning a musical instrument is to nurture their interest, encourage them and help them to develop a talent

It wasn’t until they were thirteen or fourteen, after spending several years taking lessons and practicing daily, that the teacher or parent realized they could accomplish more with their music. At this point, the focus of their music changed.

#5: Serious Attention to the Music

From that point, the pianists started spending a lot more time practicing, giving serious attention to the details and technicality of the music.

They got involved in musical competitions, summer camps, auditions, and public musical activities.

Eventually, after working with some of the finest piano teachers and developing a music style uniquely their own, they reached their goal of concert status. 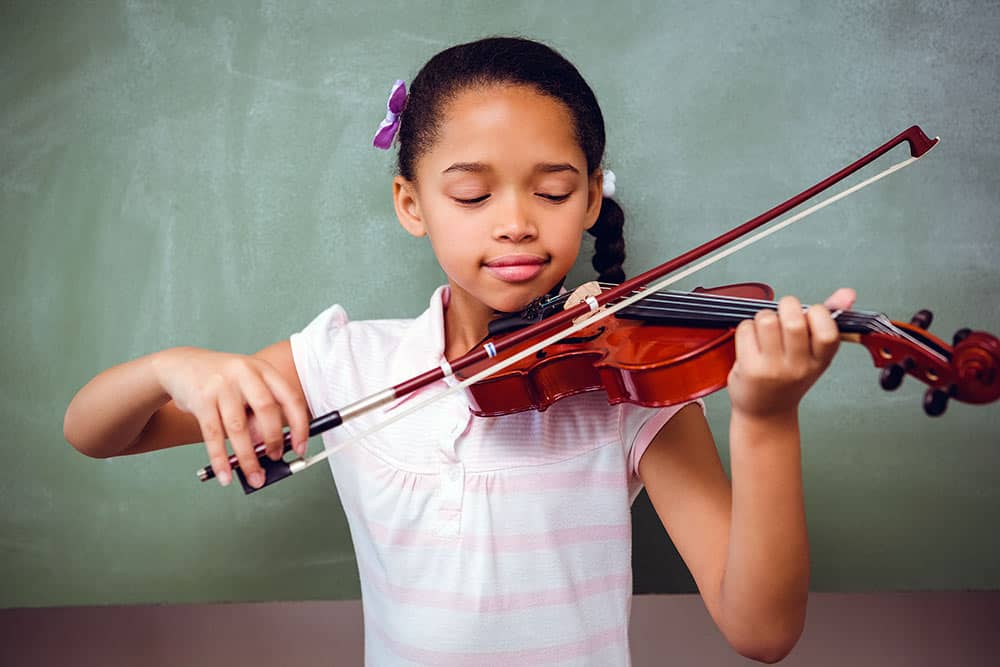 For most children, talent is an evolution–it takes time, effort and years to develop exceptional musical talent

The musicians in the Sosniak study did not start piano lessons with the intent of becoming concert pianists—it was a natural evolution. If their parents saw talent, they did not push it. Some of the parents were not even musical themselves. By the time the students realized they wanted to seriously pursue music, they were also willing to work hard.

Yo-Yo Ma is an excellent example of the evolution of a virtuoso. Ma began playing the cello at age four, and six months later he was playing Bach suites. His father taught him but was careful not to put too much pressure on his young son. In fact, he insisted that young Ma practice only thirty minutes a day, learning only two measures of music, but playing them technically perfectly.

By following this system, he had memorized three Bach suites at the young age of seven.

When Ma was fourteen, it was obvious to people in the music business in New York that he was virtuoso material, but his father wanted his son to be “normal.” Therefore, Ma did not enter competitions, and he rarely gave concerts. He said, “My father wanted us to be educated, good people first and musicians second.”

It was while he was at Harvard pursuing a liberal arts degree that he began to realize how very important music was in his life. It became clear to him that his first desire and priority was music. Today, he is internationally recognized as one of the greatest cellists in the world. 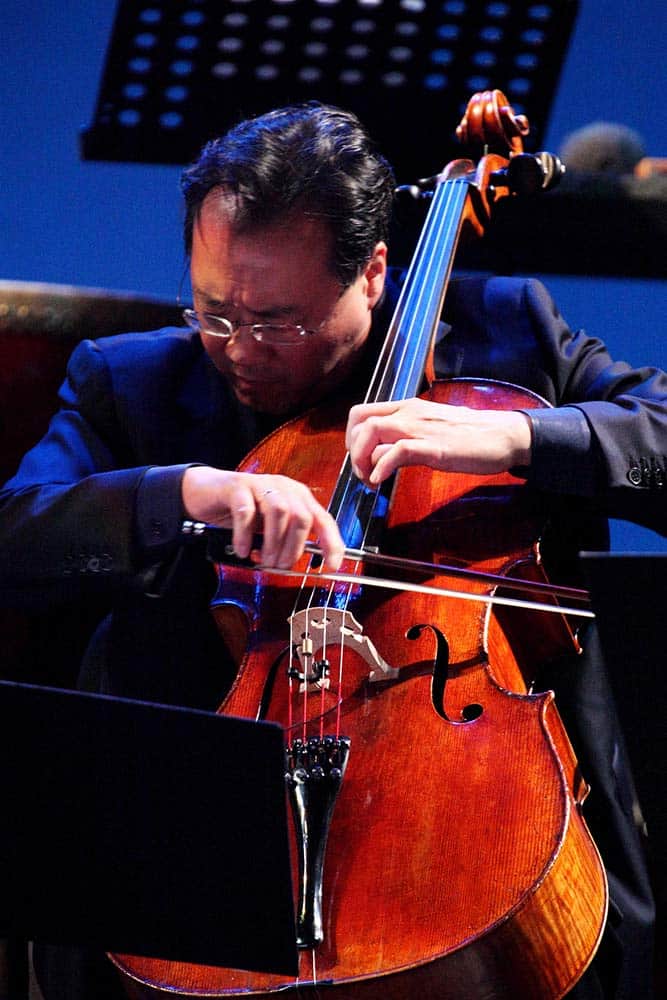 Yo-Yo Ma started playing the cello at age 4. By the time he was fourteen, it was obvious to his parents and teachers he was virtuoso material.

Musical Talent: Not Everyone Becomes a Virtuoso

When our son Jason was eighteen months old, he would climb on a chair, reach up to the stereo, and put music on to sing and dance to. By the time he was three, he was studying the violin and taking group music lessons, which he immensely enjoyed. At seven, Jason started taking private piano lessons.

Eight months later, with positive comments from the judges, he won second place in the duo division at the Southwest Music Festival at California State University, Dominguez Hills. At eleven, he performed from memory an hour-long recital on piano and organ. At twelve, he lost this intense interest in the piano. He continued taking piano lessons until he went to college, but not with the same focus.

Today, at forty-two, he still loves and appreciates all kinds of music, plays the piano for personal enjoyment and is practicing law in Northern California. 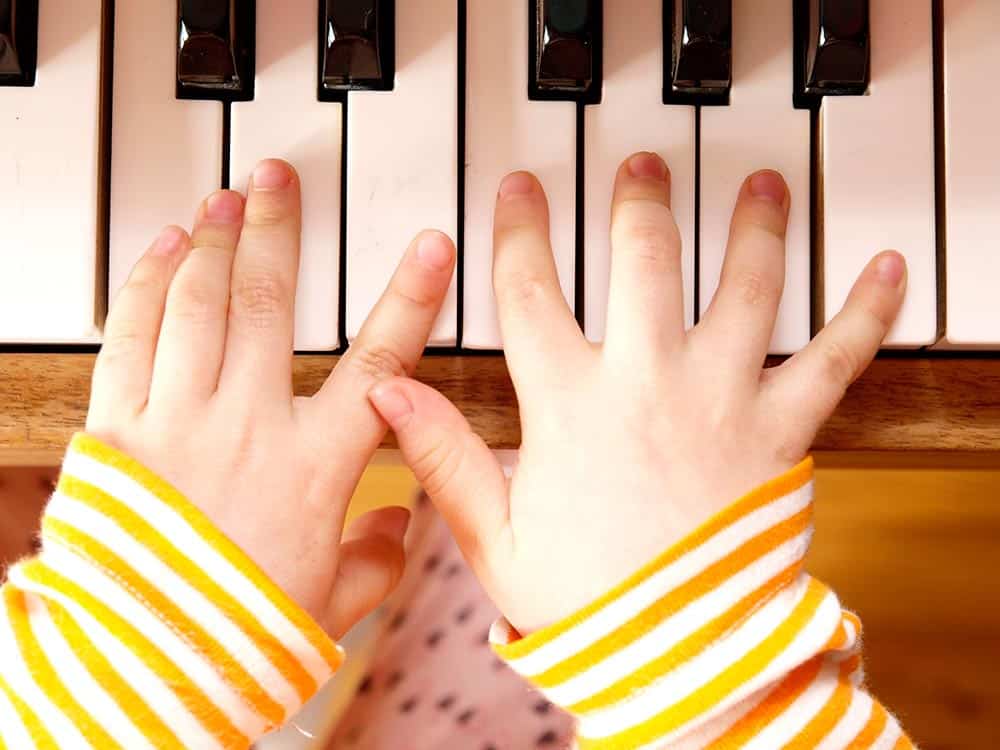 Not all children who take piano lessons or other music lessons will become virtuosos. But, many valuable lessons are learned when children learn a musical instrument that will benefit them their entire lives.

The goals for children studying music should not be to transform them into virtuosos, but rather to help them realize their full potential in all aspects of life and to instill in them a love of music.

Learning a musical instrument, Jason, like other children taking music lessons, learned many valuable lessons, such as responsibility, perseverance, and dependability, which carried him through life’s challenges. Additionally, he acquired increased inner confidence in his abilities and a love for the arts, which forever will enhance the quality of his life—and he didn’t need to become a virtuoso to do so.

Many parents who see signs of genius in their young child feel compelled to relentlessly develop those talents immediately, fearing that if they do not, the child’s potential, however dramatic it may be, will be lost…forever. This potential could be in music, sports, math, or any other subject in which the child shows exceptional talent at an early age.

Actually, nothing could be further from the truth. The Sosnick study, the example of Yo-Yo Ma and others clearly indicates that talent is an evolution and even if the child does not become a virtuoso (and most don’t), they still develop many other life-learning qualities and learn many valuable life lessons. 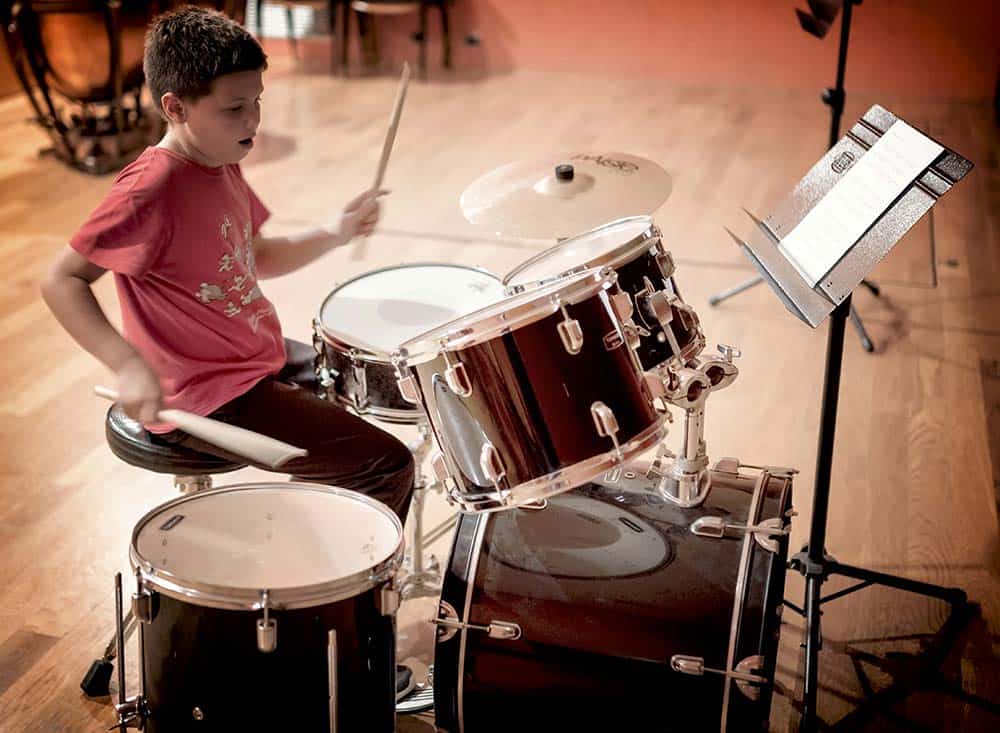 The musical journey will be different for all children. As parents, make it your goal to give your children opportunities to learn a musical instrument and support them in the process.

The musical journey will be different for each of our children. Some will achieve concert status; some will enjoy playing a musical instrument with the school band, while others will enjoy listening to music with a deep love and appreciation.

Whatever musical road your child chooses, the evolution and process involved take the time and patience of parents and children. As you watch your child emerge musically, encourage him or her to work hard, enjoy the journey, and, finally, appreciate the destination.

Do any of your children play a musical instrument? What lessons did they learn along the way? Are they still taking music lessons? As a parent, what was your goal with your children as they developed talents? Please share in the comment section below. 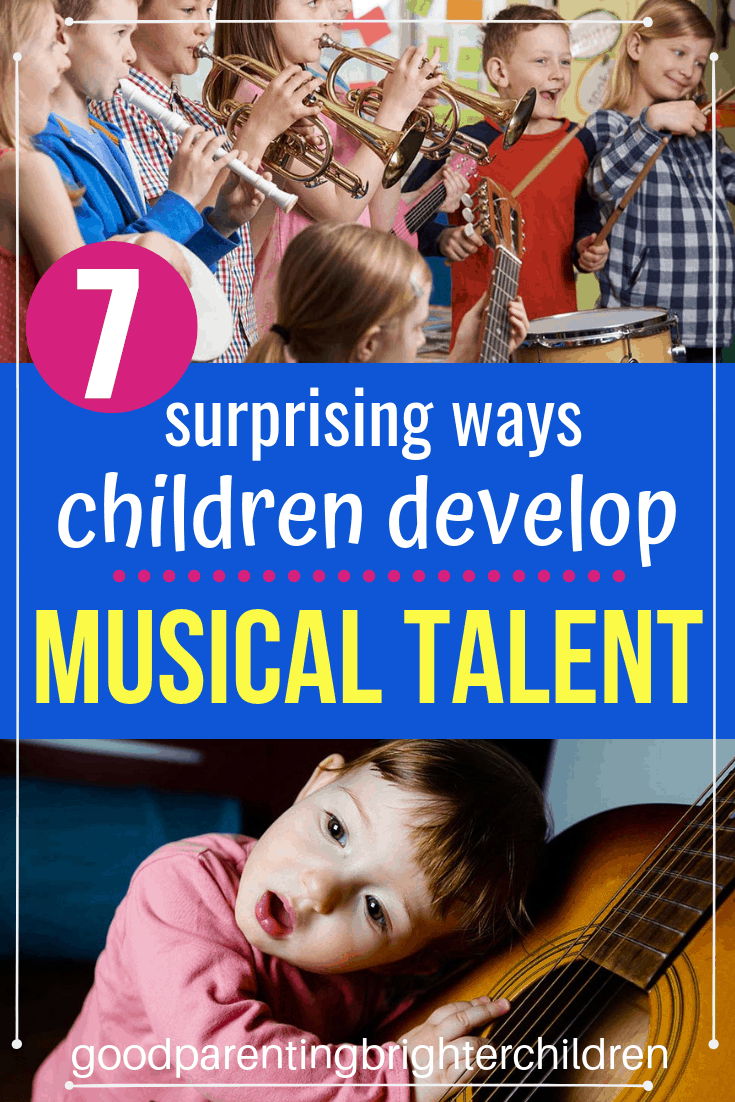 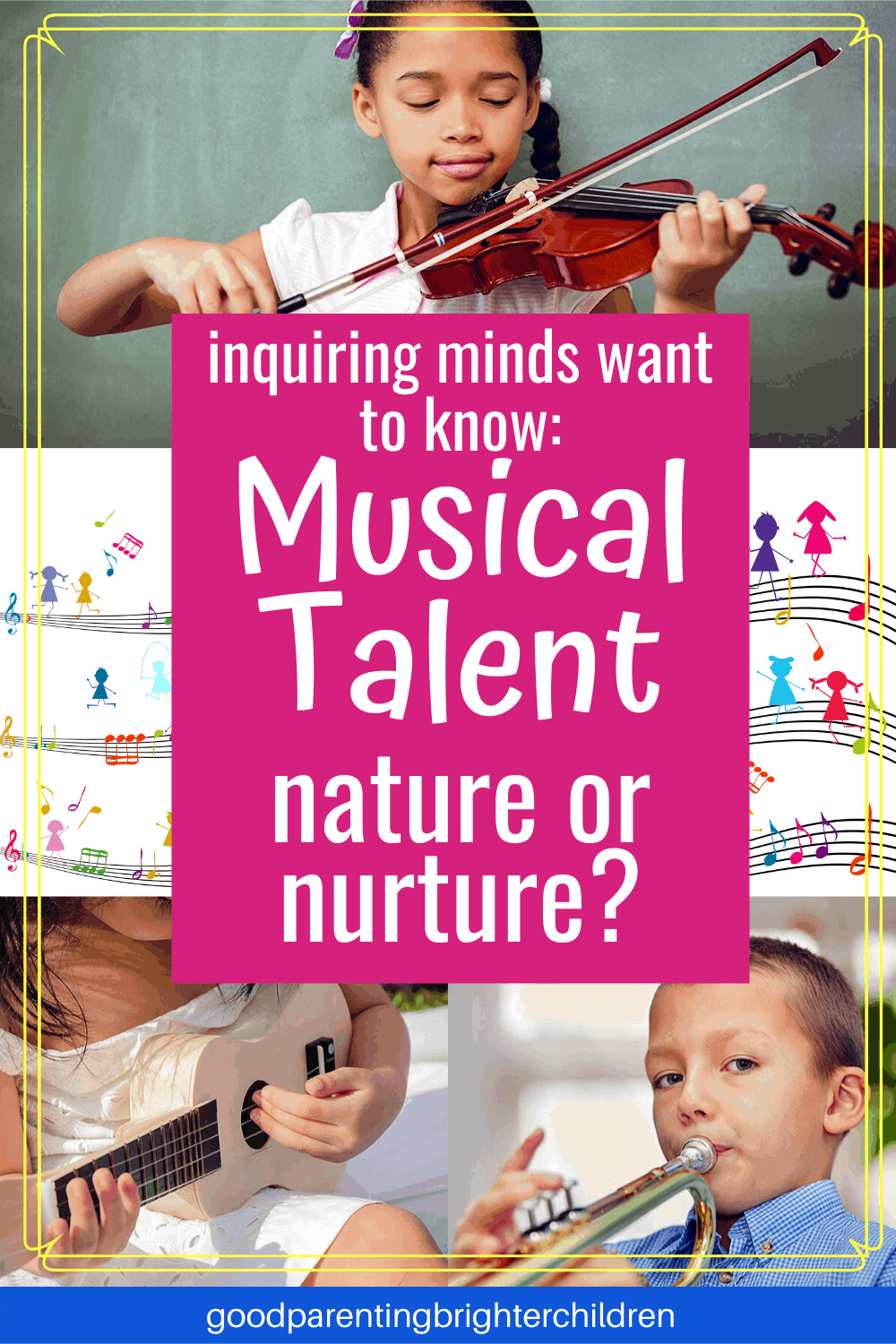