Inside: Have you ever heard animal music? Do you know that like humans, animals can hear music through vibrations and use music as a way to communicate with other animals? Parents– with your children, check out the different ways animals make music. Spring and summer are perfect times to take a walk in nature and observe all kinds of animals creating their own special kind of music. 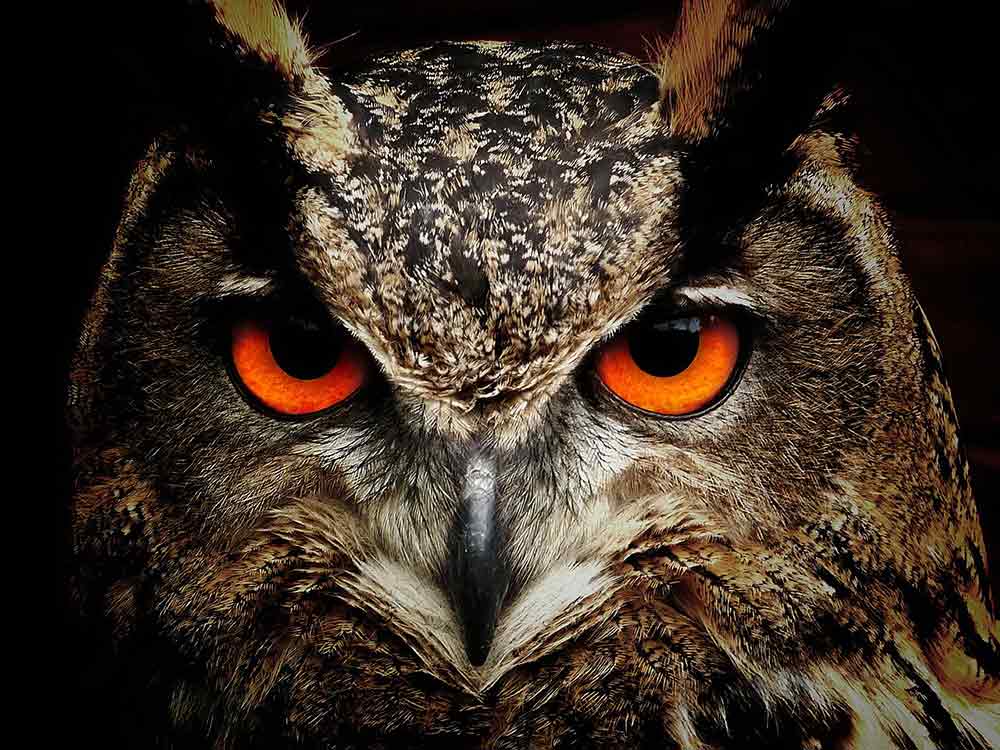 Ever hear of Thomas Bethune? He was a slave; born blind in 1849 in Georgia. An autistic savant, Bethune had an amazing ear and memory for music–especially music made by animals in nature. At a very young age, he began accurately echoing the sounds of nature around him–and the animals he heard in nature. It was these first sounds in nature and from animals that profoundly influenced him musically. He learned piano by ear, composed music, and eventually learned 7,000 pieces of music. And it all started with listening to animals making music in nature.

People of all ages and circumstances respond positively to music. In fact, countless books and articles have been written and movies produced that scientifically illustrate the influence music has on humans.

But what we don’t talk about as much about is the impact music has on animals and creatures of the deep as well as animal music–meaning the music that animals make.

Did you know that animals love and respond to music? They can hear music through their ears through vibrations.  Many animals create their own “kind” of music and use it as a form of communication with one another. It’s referred to as “animal music.”

Both humans and animals hear music the same way…through vibrations. Here’s how:

How Humans and Animals Hear Sounds

To make it simple, here’s a breakdown of how humans hear sounds:

Because we have two ears, we can hear sounds coming from both left and right ears which help us to determine which direction a sound is coming from. 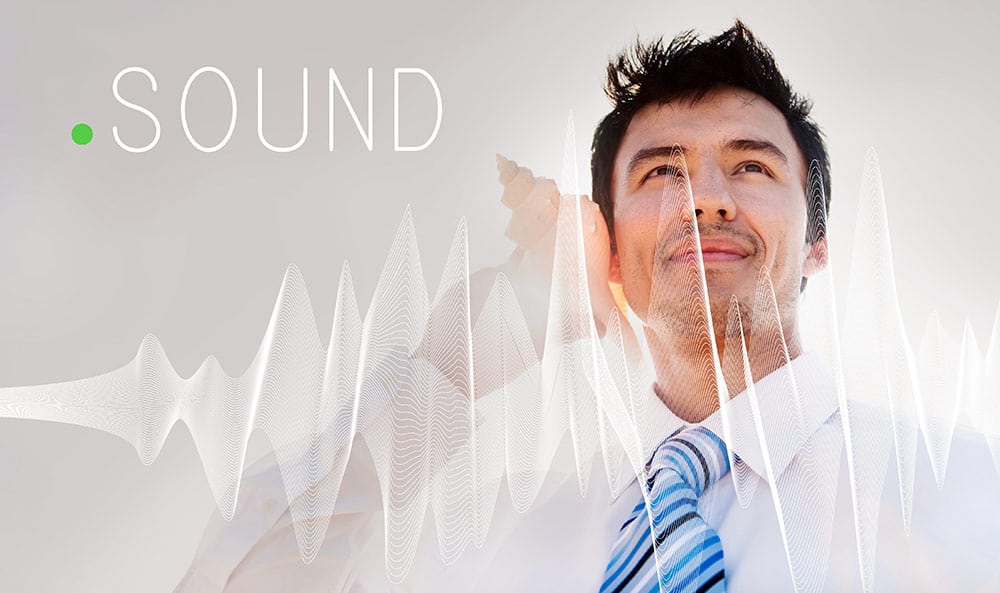 Animals and birds hear sounds in pretty much the same way with a few variations. Here’s how certain mammals, amphibians, and birds hear and process sound. Also how animals communicate with one another using their own kind of “animal music.”

Dogs and cats hear sounds through their ears like humans. However, they also hear sounds that are too high-pitched or too low-pitched for us to hear. It can protect them against imminent danger. 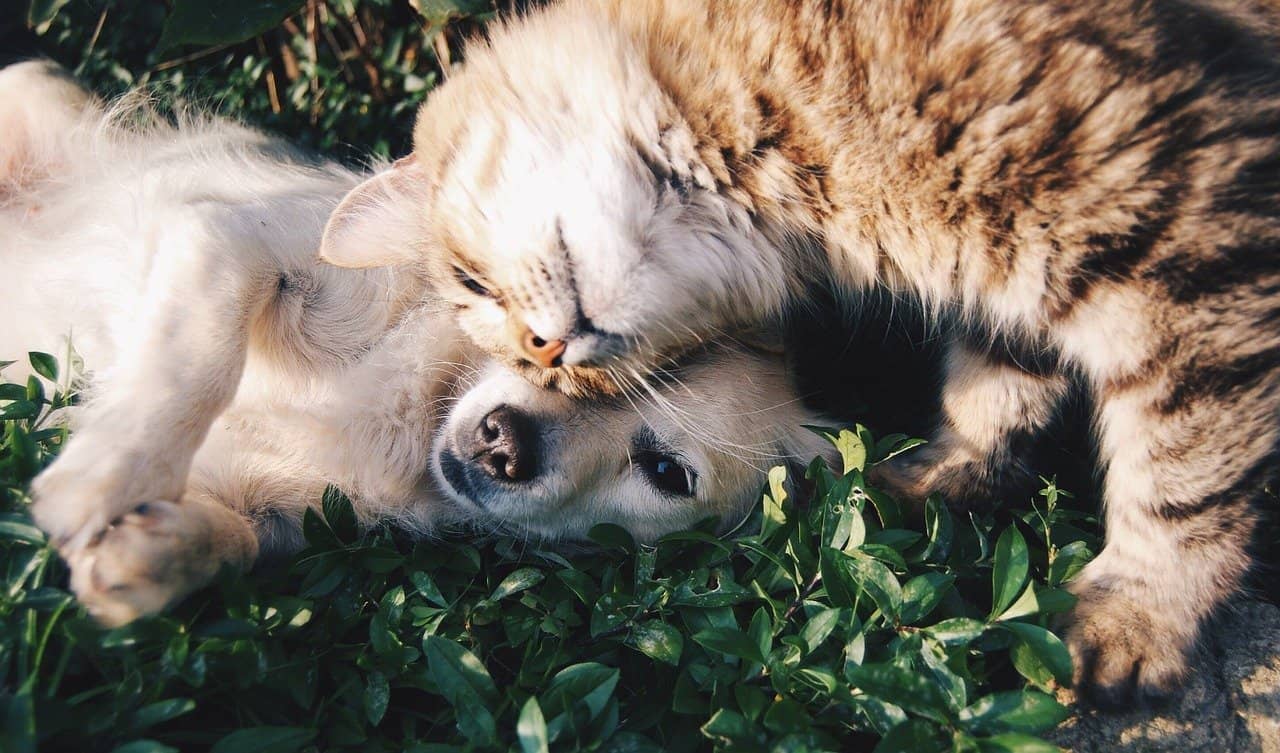 Dogs and cats hear sounds like humans, but they hear sounds that are either too-high pitched or too low-pitched for us to hear

Do your children have a pet that loves and responds to music? Our family pets did. Both our cats and our dog loved the classical music we put on our stereo. They would curl up underneath the stereo and fall asleep.

Our family fostered a mother cat and her five kittens through the SPCA. We were told that if one of the kittens died, it was not unusual. It would be difficult to keep them all alive. I ignored what they said and told our sons we were going to keep the babies alive with classical music and nurturing from their mother cat. I played certain pieces of classical music for them throughout the day. They loved it! And, they surpassed their growth charts; all of them thrived and were very happy contented kittens! When they were adopted, I put together a collection of music CDs they enjoyed.

Elephants communicate using sounds too low for us to hear, but strong enough for us to feel. If we put our hands on the ground where elephants are making noise, we can feel the vibrations of those sounds.  Elephants hear each other making sounds from miles away by keeping their ears wide open.

And if you’re ever in Lampang, Thailand, check out the “Pachyderm Philharmonic” as it is affectionately called. It’s elephants literally making music on instruments and is considered the world’s first elephant orchestra. These elephants perform their music in shows at the government-sponsored Thai Elephant Conservation Center outside Lampang. They are particularly good at playing the harmonica because they can easily hold them at the tip of their trunks. 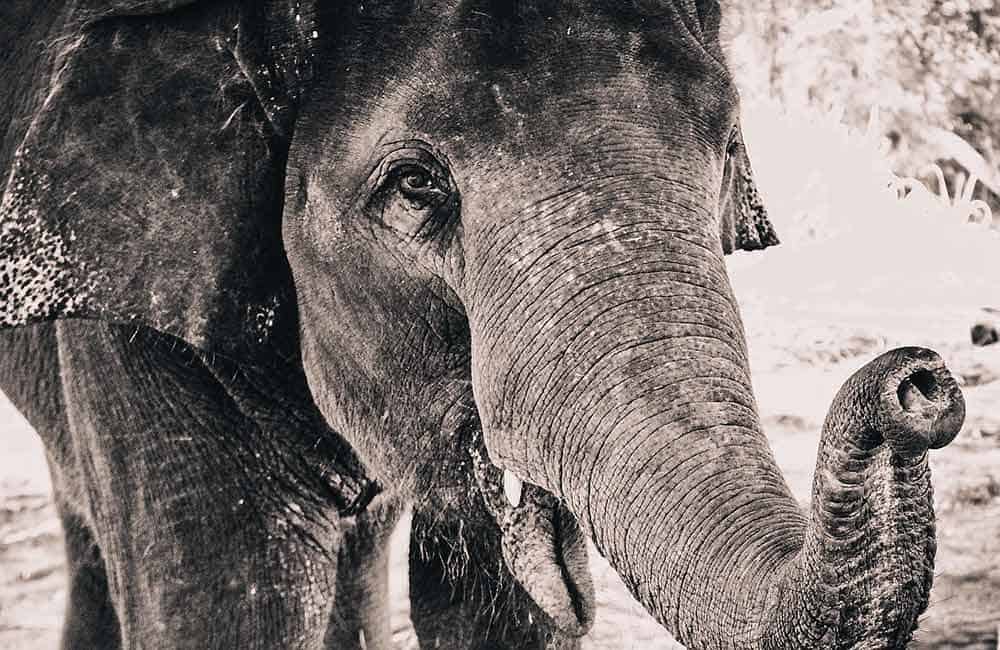 Elephants hear other elephants by keeping their ears open and feeling vibrations on the ground.

Have you ever wondered how snakes hear since they don’t have ears? Well, snakes can feel vibrations on the ground. These vibrations travel through the snake’s bones and to its brain. This way the snake is able to find food and avoid danger.

Frogs were the first animal (actually amphibian) to use vocal cords. They croak choruses and solos when looking for mates or defending their territory.

Birds sing to communicate! In fact, birds can even recognize certain genres of classical music.

The late Stewart Hulse, an experimental psychologist trained in the field of animal learning at Johns Hopkins University, found that starlings can recognize simple melodies in different keys. 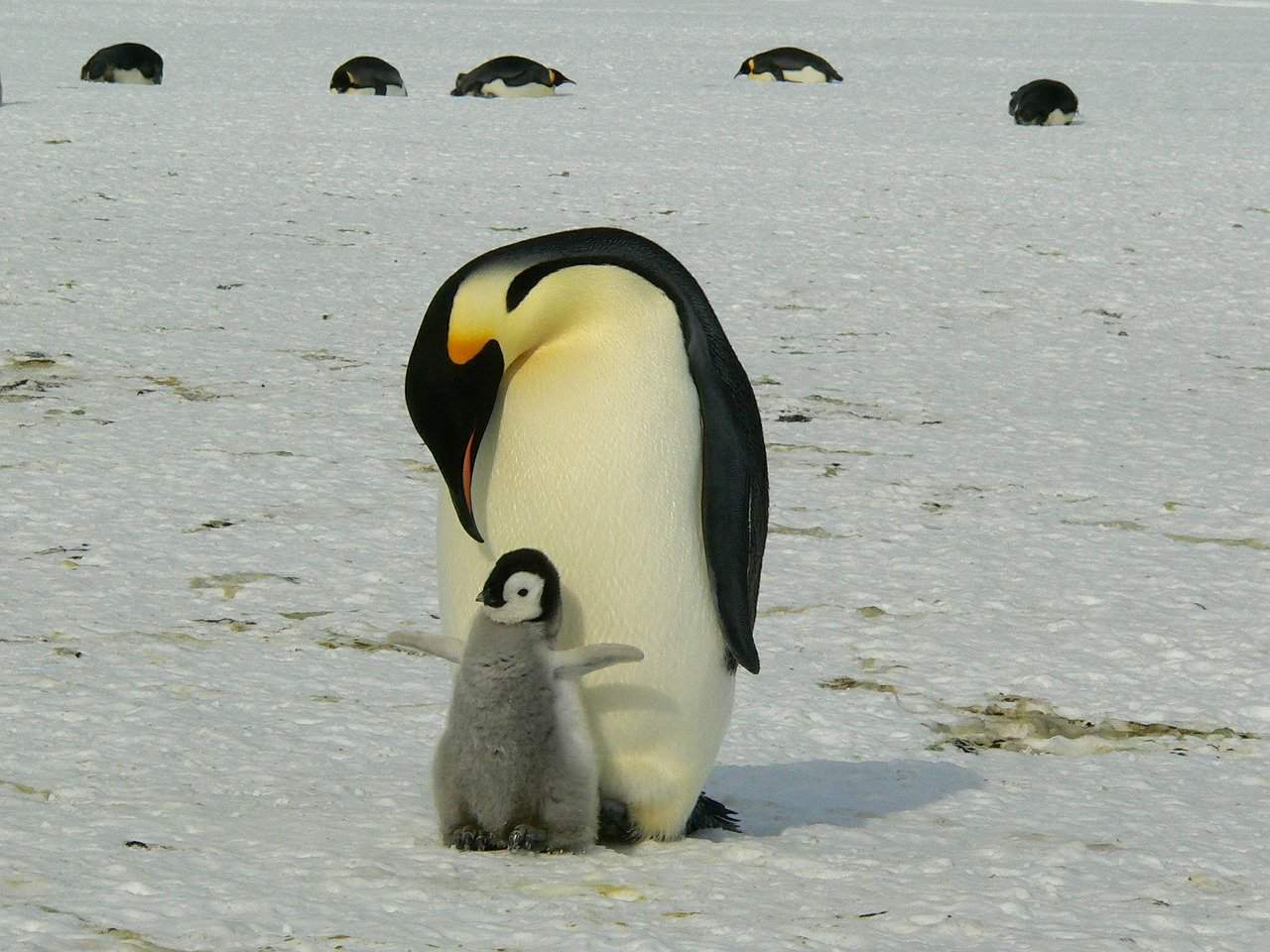 Mother and Father Penguins communicate with their babies with trumpeting sounds

Mother and father penguins communicate with their babies through their own brand of music—they trumpet at the top of their lungs and their babies come running.

Other birds such as male sedge warblers sing elaborate songs to charm females who are only attracted by the most complicated songs! 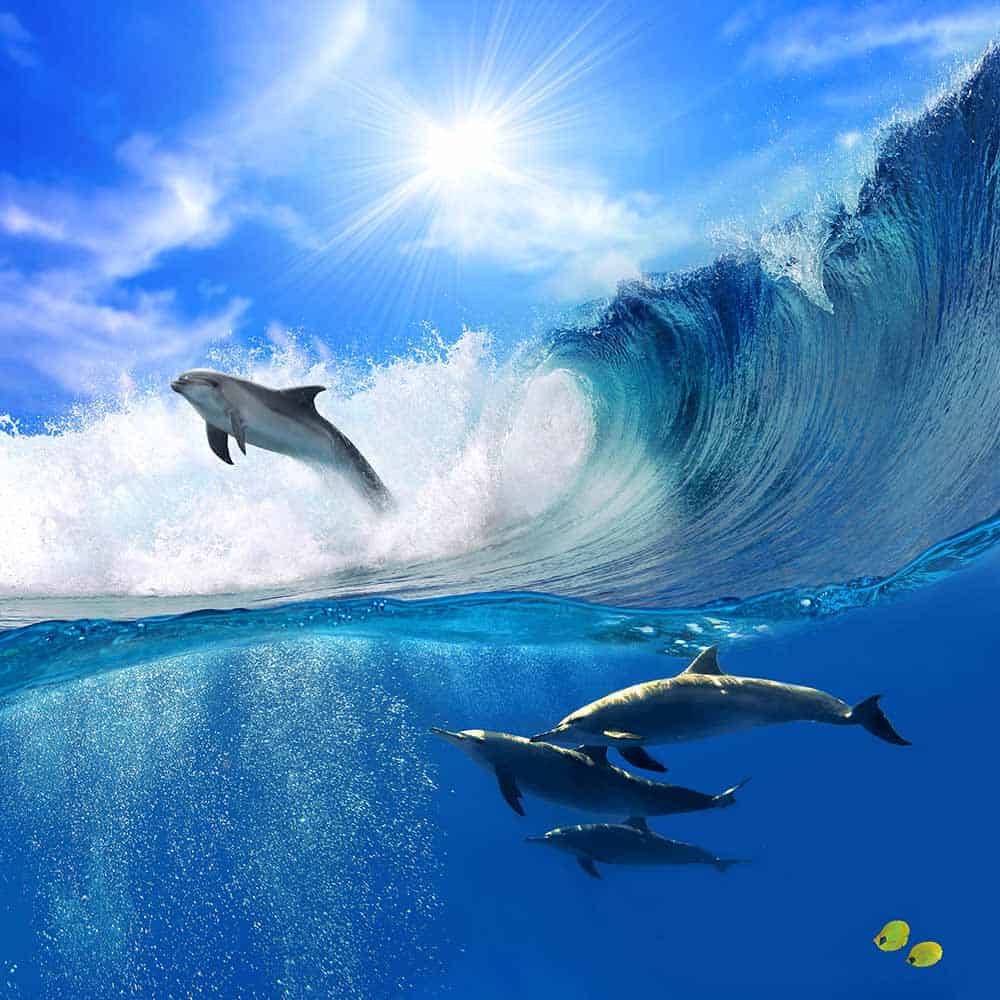 Dolphins communicate with other dolphins through clicks and whistles.

Whales also use sounds to communicate. In fact, whales use sounds that resemble songs to communicate with other whales. Various species of whales have been recorded “singing” music and some of the sound’s beluga whales make a sound very “human-like.” Their songs can travel through the oceans for over 500 miles!

And, like our cats and dog, it seems that whales also love classical music.

In 1986 a fascinating story appeared in the National Geographic for Children. It was a true story about a pod of whales responding to classical music. In 1999, Steve Schuch wrote a book, A Symphony of Whales, recounting this remarkable story

In 1985 over three thousand beluga whales were trapped under the ice in the Senyavina Strait of Siberia, a narrow body of water across the Bering Strait from Alaska. There were only a few breathing holes in the ice, and the whales had to take turns surfacing for air. Food was running out, the whales were becoming exhausted, and some were even dying.

When all seemed hopeless, a Soviet icebreaker, the Moskva came to the rescue. The ship broke through the ice, making an escape path for the whales, but they wouldn’t budge.

Knowing that whales like music, they tried pop music and jazz, but still, the whales remained motionless. Finally, the crew tried classical music. It was then that the whales followed the music to the open sea and to freedom.

Looking for something to keep your children actively engaged in something fun AND educational? Be a sleuth and find sounds in nature and animal music in nature. 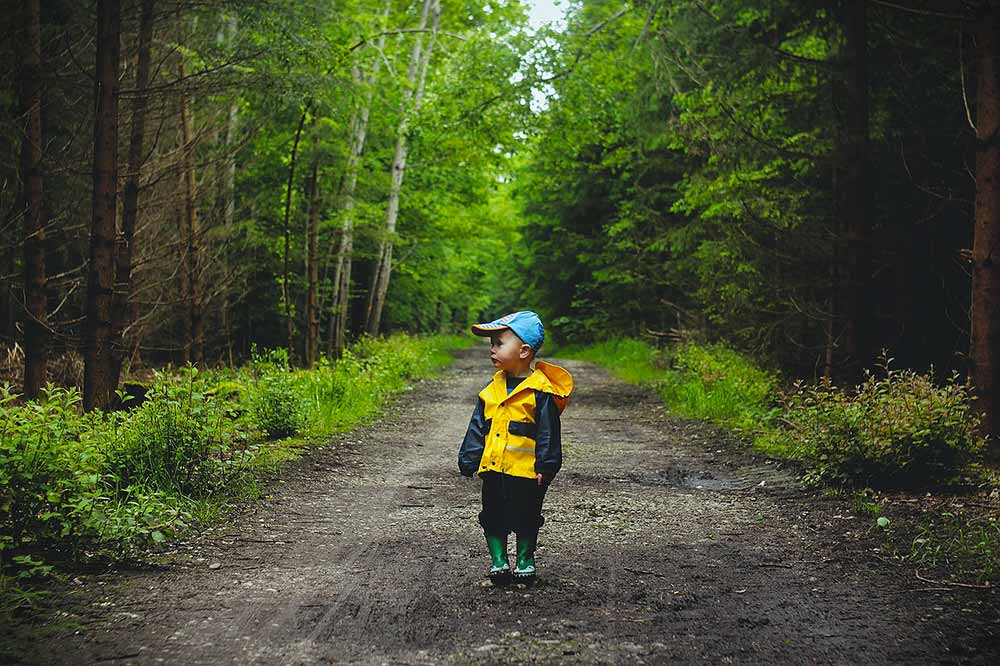 All seasons are perfect to take a hike in nature with your children and listen for sounds and the music that nature produces. Pick a day and go on a nature walk near your neighborhood. Go early in the morning or later in the evening when it is cooler.

Take binoculars; a notebook and pen; plenty of drinking water and a way to record the sounds you discover.

Spring is the perfect time to take a nature walk and listen for the sounds of birds. No matter where you live–you can listen to birds. Look for a place nearby your home or if you have mountains nearby go on a hike; take some binoculars and watch and listen to the sounds of birds. Not only do birds have amazing songs to share–they are also very colorful. Help your kids watch and observe these beautiful little creatures! 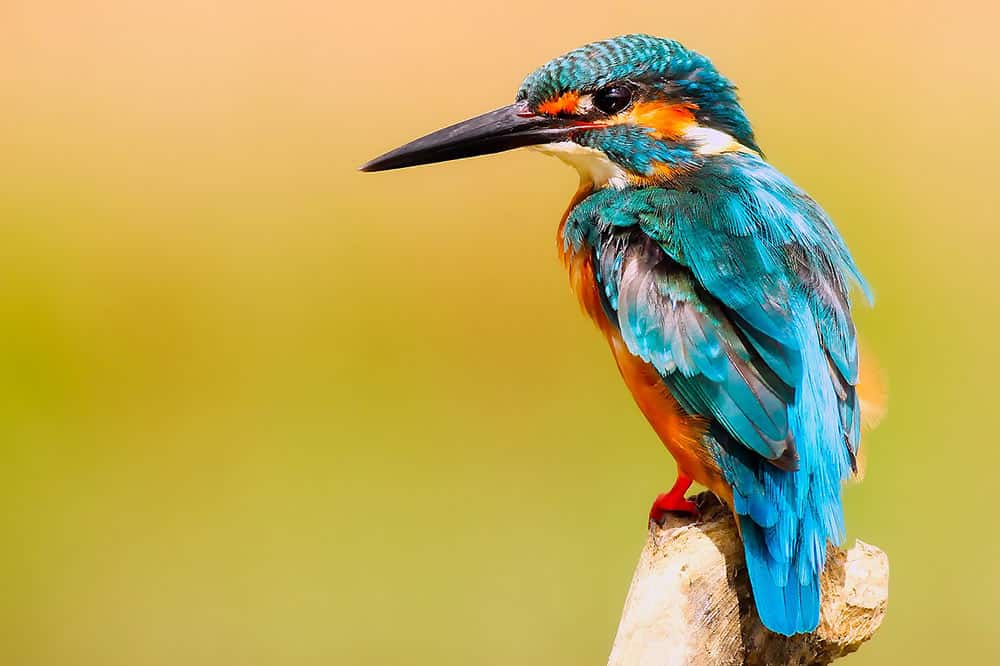 Birds have some of the most beautiful sounds and songs. Take a hike in nature and listen for the sounds made by different birds.

Whether you live by the ocean, the mountains or desert–there are sounds in nature–trees rustling; the wind blowing; sounds of the ocean waves or water falling over rocks and down a mountain.

Ever heard of “singing sands?’ There are over 30 desert sites around the world with “singing sands.” The “singing” occurs when grains of the sand slide against each other forming a “singing” sound.

The zoo is the perfect place to hear all kinds of sounds and music made by animals. The next time you’re at the zoo–record some of the animals talking and singing.

For instance–listen to giraffes, monkeys, tigers, and bears. What do they sound like? Take along a journal; draw the animal and record your thoughts about the sounds these animals make. 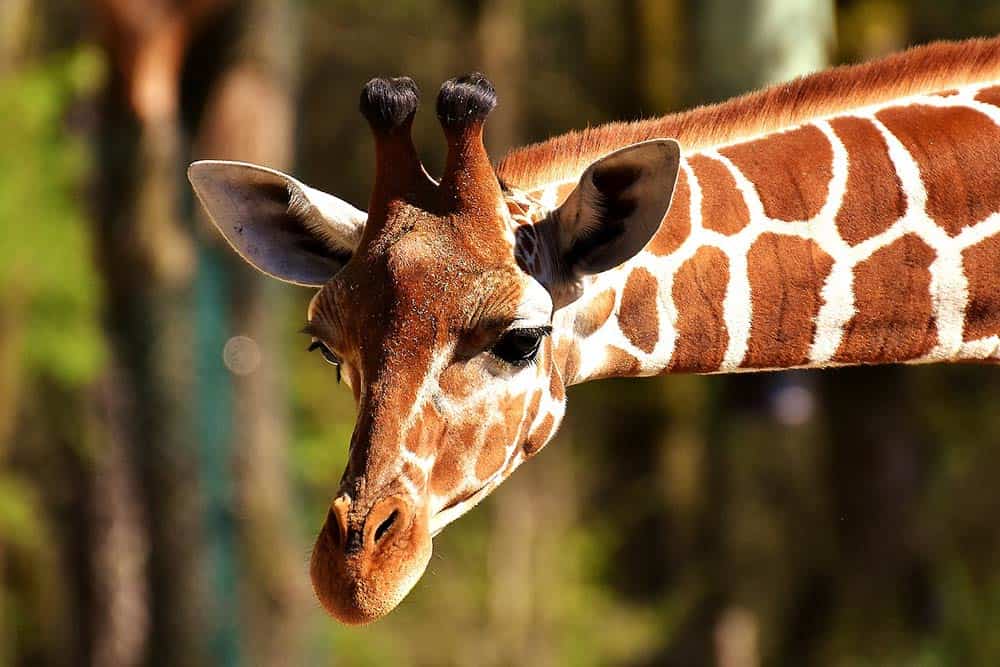 Take your children to the zoo so they can experience listening to all the amazing animals. If possible take a recording device so you can record the animals “talking,” and discuss their sounds at home.

Last, do you have a pet? What sounds does your pet make? Bark? Mew? Hiss? Chirp? Does your pet like music? What kind of music? What does your pet do when he/she hears the music you play for them? Write in your journal your observations of your family pets.

What you will probably discover doing this activity is that many of the sounds in nature can and are used in music. Oftentimes, musicians will try to imitate sounds in nature like thunderstorms, mountain streams, or chirping birds.

Other musicians will connect the sound of an animal to a certain musical instrument. For example, in “Peter and the Wolf,” Prokofiev used different instruments of the orchestra to imitate the sounds of the different animals.

See how many sounds you can find and identify in nature. Draw pictures about your discoveries while listening to a recording of “Peter and the Wolf.”

Check out my book: Good Music Brighter Children for more information on this subject.

Have you taken your children on a nature walk lately? What did you discover? Did you listen for sounds found in nature or interesting sounds made by animals or birds in nature? What did they sound like? Did they resemble music? Share your experiences in the comment section below. 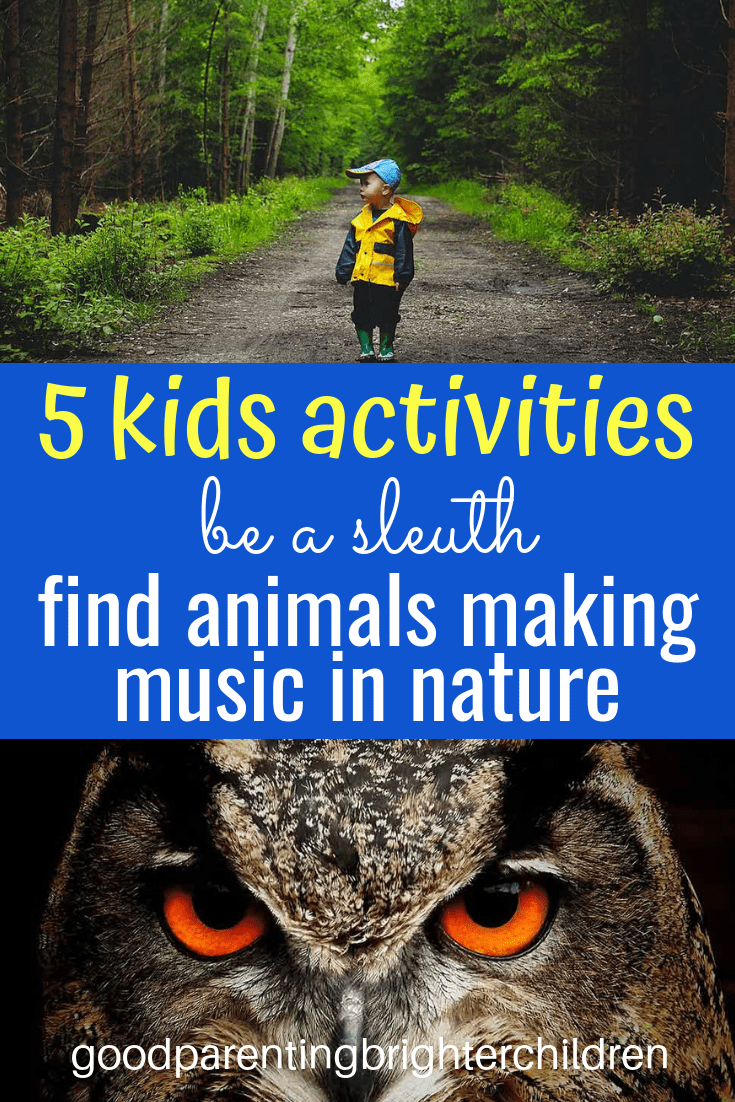 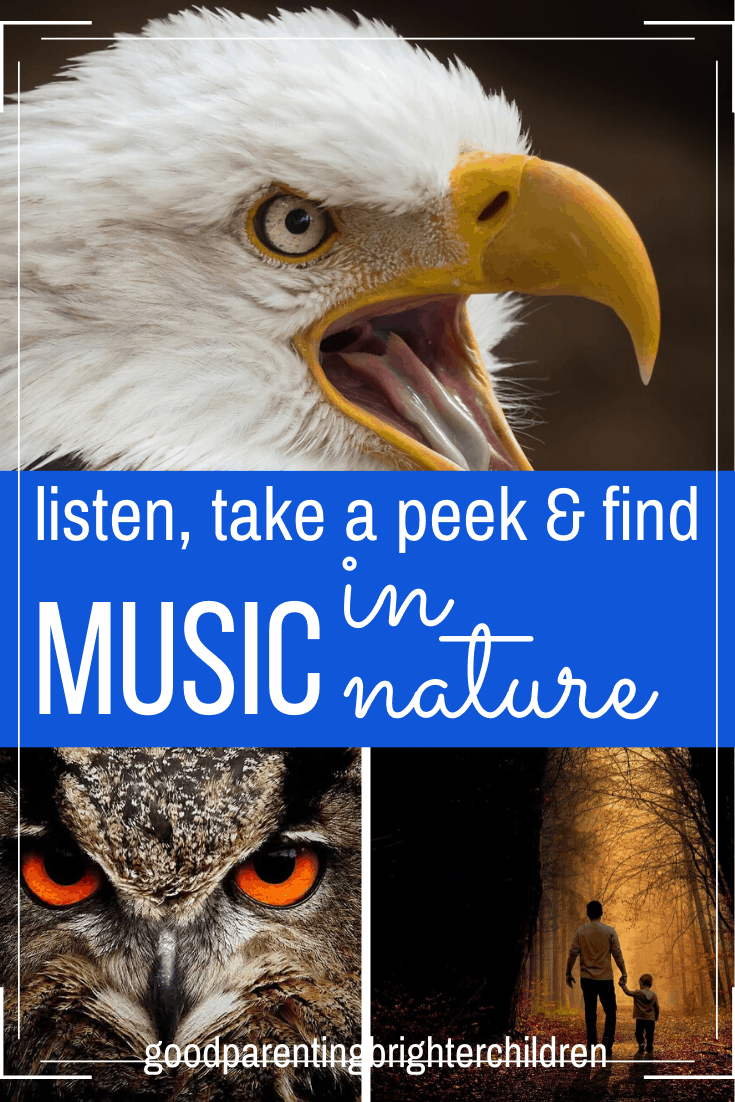 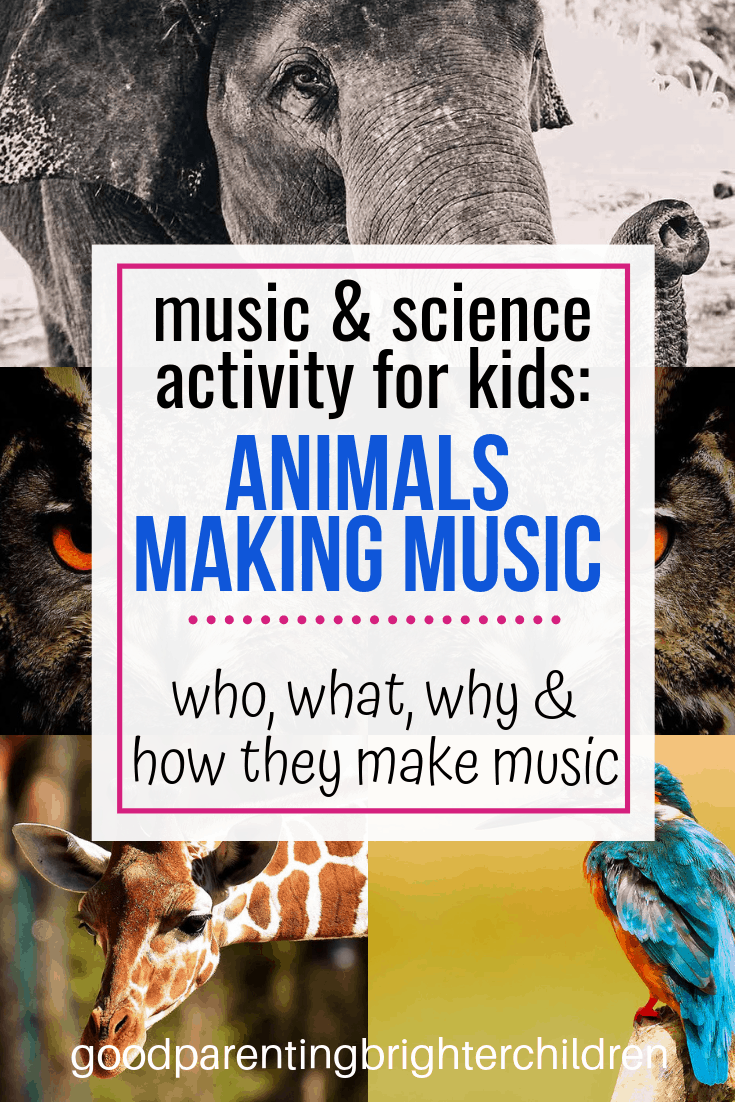