Inside: Here are amazing reasons backed by research of why it’s important to play classical music for babies in the womb. Plus 5 ideas to make it happen.

Classical Music for Babies in the Womb 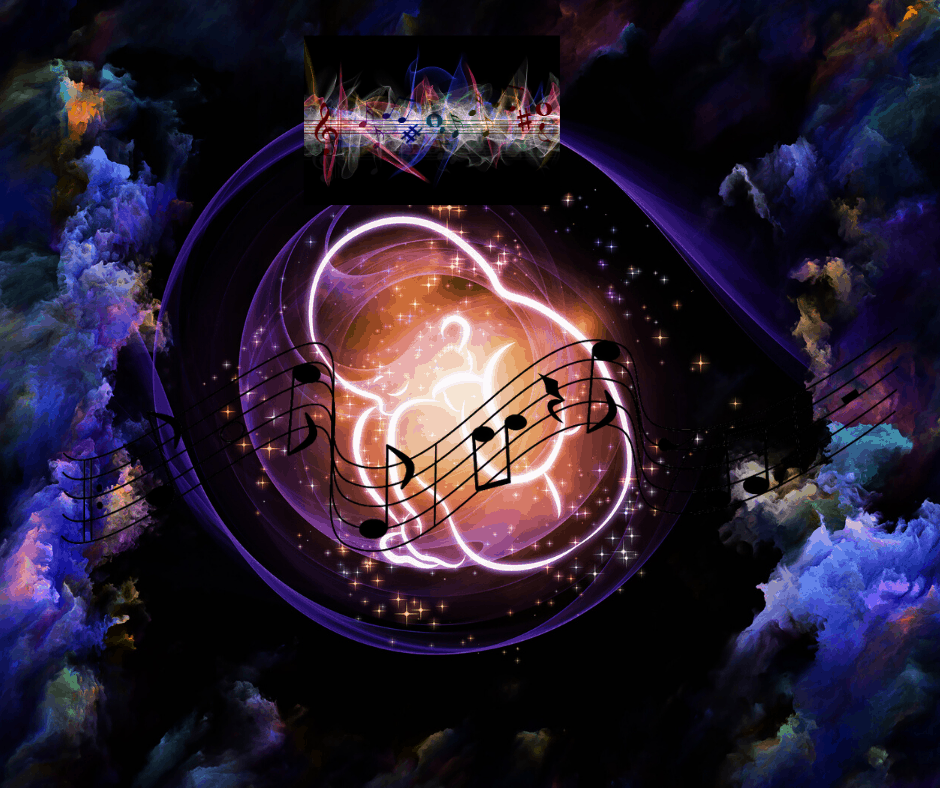 Scientists know that babies in utero can not only hear sounds in the womb but can learn as their mothers read, play music and talk to them.

Parents want happy, healthy, bright children. Unfortunately, it doesn’t happen by chance. It has to be planned for, worked for and requires a consistent effort from dedicated parents.

And the process starts in the womb…

Nearly 30 years ago, Dr. Rene Van de Carr, one of the early pioneers of prenatal stimulation, said that infants in utero are in a “prenatal university.” He instructs parents to expose their unborn child to music, poetry, and children’s literature at his Prenatal University in California.

The result of all this dedication? Dramatic developmental differences in speech and language, memory, and vocabulary between children exposed to music and literature in utero and their siblings who were not.

In his book, The Secret Life of the Unborn Child, Thomas R. Verny found that the unborn child “can see, hear, experience, taste, and on a primitive level, even learn in utero.”

Because of the vast amount of information available regarding the unborn child’s ability to learn, most mothers want to be engaged with their child from conception on. Some read to them; some play music or sing, while others talk to him/her.

Babies in Utero Respond to Music

Glen Gould, the famous concert pianist, reports that his mother constantly played the piano for him while he was developing in utero. Sergei Prokofiev, the famous Russian composer who wrote Peter and the Wolf, also listened to music before he was born. His mother played the piano for him every day, exposing him to the music of Chopin and Beethoven.

When the world-famous Canadian conductor, Boris Brott was asked when his interest in music began, he stated, “Before birth.” His mother, a violist, practiced continually while pregnant with him.

Today, scientists agree that a child’s music development may start before he is born. Approximately 22-days after conception, a little heart begins to beat. This distinct rhythmic beat is similar to the mother’s heartbeat and to the rhythmic patterns found in the symphonies of Mozart, Beethoven, and Brahms.

As the development of the baby continues, so does the rhythmic fashion in which the baby moves his arms, legs, and torso. Already the baby is producing music! 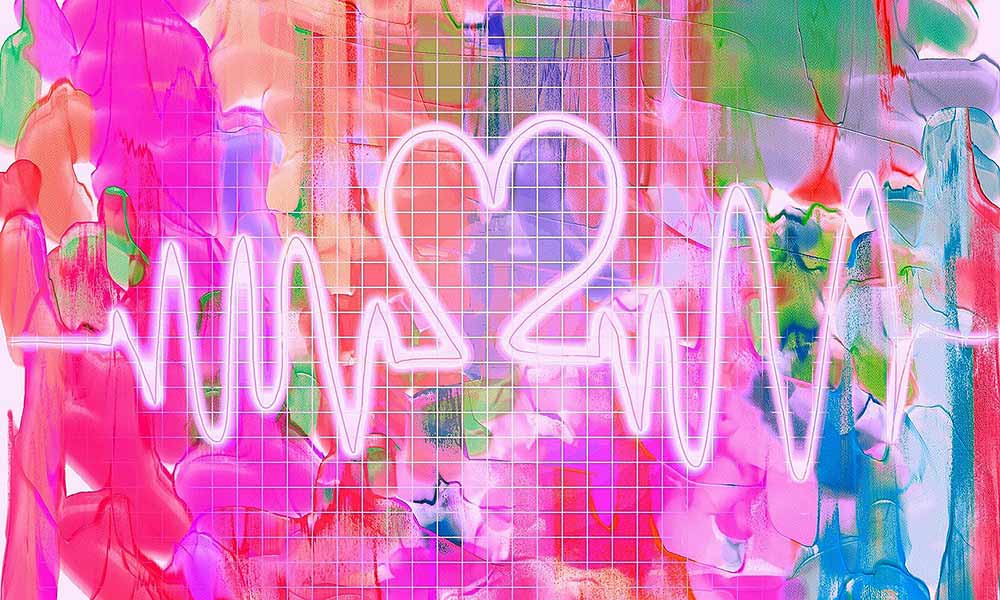 22 days after conception, a little heart begins to beat. The rhythm is similar to the mother’s heartbeat and the rhythmic patterns found in the symphonies of Mozart, Beethoven, and Brahms.

Over the last 20+ years, expectant parents have been encouraged to not only talk and read to their unborn child but to play classical music and sing to them as well.

When a mother sings and talks to her unborn baby, she is exposing him/her to the sound and nuances of her voice. Because of this daily exposure to singing, the baby will immediately recognize her mother’s voice at birth.

To support this, scientists have found that just moments after birth, a baby will turn in the direction of the mother’s voice and by the end of the first week, she can identify her mother’s voice from a group of female voices. It’s referred to as “motherese,” and when fathers do the same, scientists call it “fatherese.” 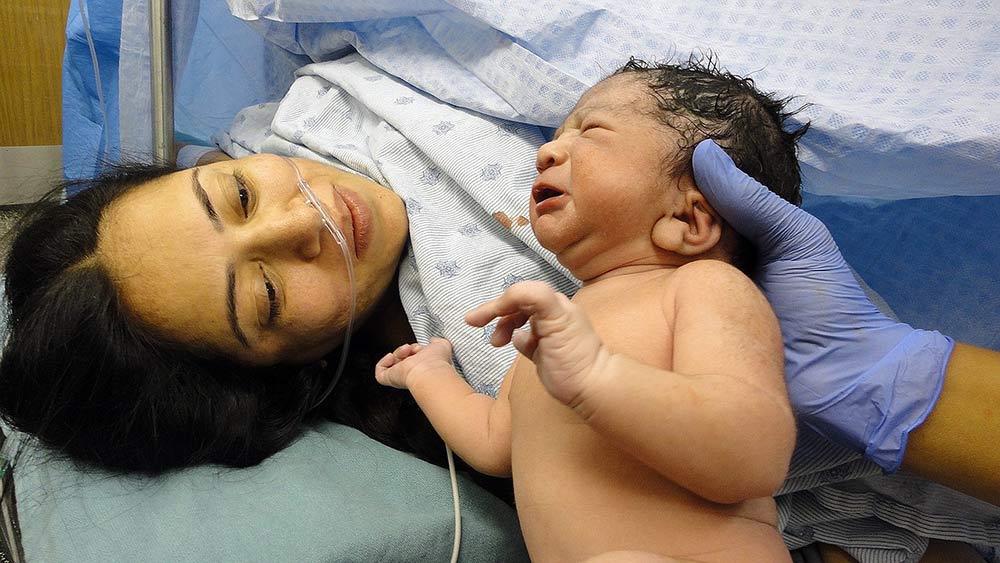 If a mother sings and talks to her baby in utero, moments after birth the baby will turn in the direction of his/her mother’s voice. A phenomenon called “motherese.”

Today, many fathers are becoming involved in prenatal activities, as well. Researcher Sarah Lopez from the University of California, San Diego, found that when fathers use a Pregaphone to talk to their unborn child, they reap big rewards!

A Pregaphone is an instrument that has a mouthpiece to talk into, with a trumpet-shaped part that fits on the mother’s stomach. It’s used to amplify voices. With it, fathers are able to sing and talk to their children in utero. From this simple exercise, newborns recognize their father’s voice as quickly as they do the mother’s voice. Lopez calls this phenomenon, “father’s presence.”

It’s not necessary to use a Pregaphone when communicating with an unborn infant. Just by singing, talking or reading close to the mother’s stomach, the baby will hear.

Classical Music for Babies in the Womb: Increases Language and Memory Skills

In his studies, (Eastman Pilot Study), headphones were placed directly on the stomachs of the expectant mothers, exposing the fetus to five to ten minutes of both sedating and stimulating music each day. Within 4-6 weeks after birth, Shetler met with the mother and child to watch and observe the baby. However, he noticed the most remarkable development in the children between the ages of two and five: 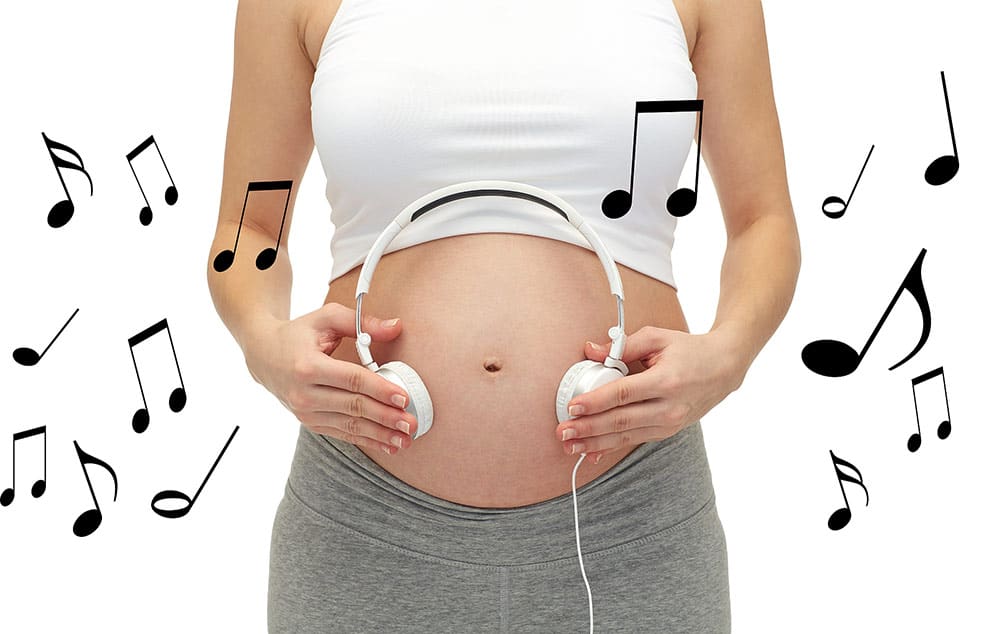 Donald Shetler found that mothers who put headphones on their stomachs and exposed their infants to classical music had better language and memory skills in comparison to those children who did not have the same music exposure.

One girl in the study was able to sing a 32-measure song with chromatic intervals and key changes. She sang with excellent speech clarity and used expressive dynamics and gestures.

A four-year-old boy identified the sounds made by a wide variety of musical instruments that he was hearing for the first time. He played and improvised his own songs on various rhythm instruments. When his mother played different beats on a drum, he was able to correctly imitate them.

Personal Experience with Classical Music for Babies in the Womb

The experience we had with our first son, Jason, supports Shetler’s research. During my pregnancy with Jason, I sang, read and talked to him. 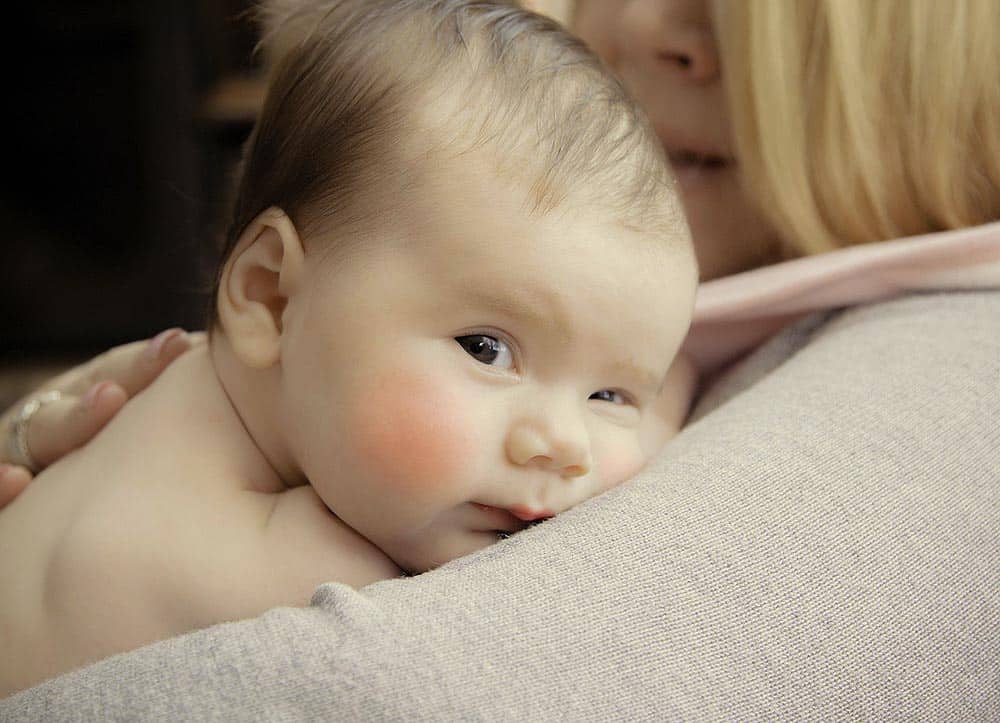 Singing, playing music, reading and talking to your unborn child and to your newborn pays off big dividends in your child becoming an early talker, early reader and have better memory skills.

At birth, he was very alert and active. His language development was advanced as well as his abilities to memorize. For instance:

All of our sons (except Brandon) were early talkers, early readers and I credit it to not only exposing each child to music and reading in utero but continuing to read to them and play music after birth.

Classical Music for Babies in the Womb: Increases Memory & Learning

Recent research suggests that babies, after birth, will recognize music that was played to them in utero indicating their abilities to memorize and remember information.

In 2001, a study by Dr. Alexander Lamont from the Music Research Group at the University of Leicester School of Psychology in the United Kingdom found that babies remember musical sounds they listened to in the womb. At the age of one, the babies still recognized the music they were exposed to three months before birth.

This discovery diminishes the theory that babies only remember music exposure in utero for a month or two after birth and suggests that memory can last a great deal longer.

In the case of Canadian conductor Boris Brott, his musical memory lasted much longer than a few months. When learning to play new music, he was surprised to find that he already knew the pieces by heart, particularly the viola parts. He credits this ability to his mother’s constant playing of the viola for him while in utero. 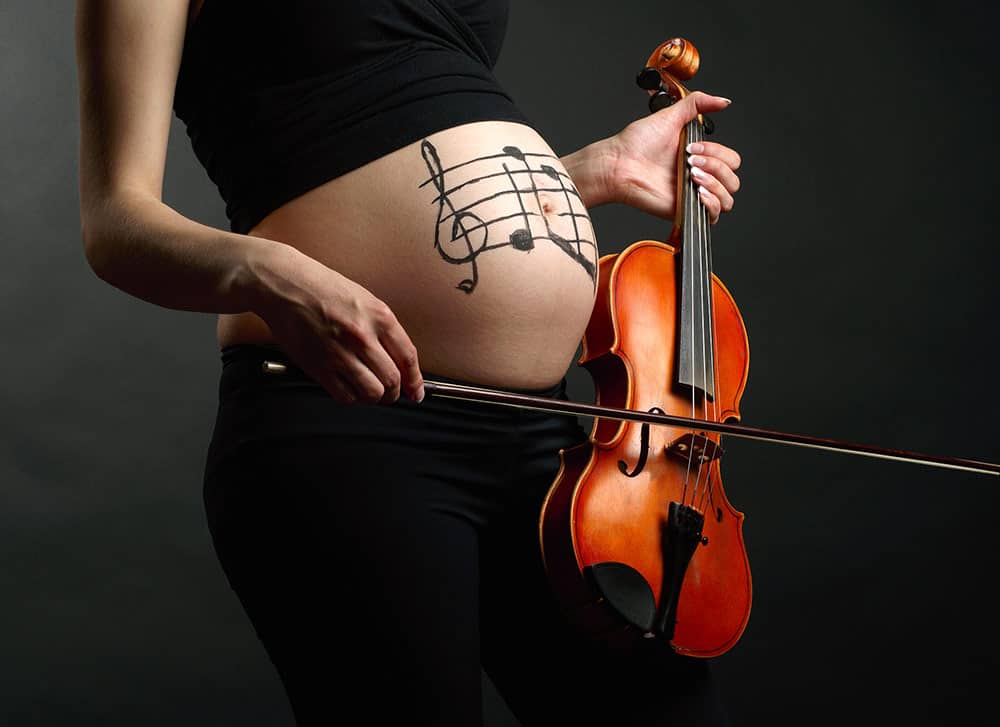 When a mother plays classical music for her child in utero, the memory of that music will stay with the child and he/she will remember that music long after birth.

In 2011, Carolyn Granier-Deferre of Paris Descartes University found that babies can remember melodies heard in the womb. Scientists played music to 50 mothers three weeks before the birth of their babies. Babies were tested one month after they were born. When they heard the familiar music, their heart rates slowed at a greater rate in comparison to a melody they had not heard in the womb.

Based on these results, scientists understand better the effects of musical sounds heard in the womb, including how babies learn to perceive speech.

Research suggests that by singing, talking, playing classical music and lullabies and reading to the unborn child, parents can give their child a significant advantage in early language, memory and music development.

Classical Music for Babies in the Womb: 5 Musical Ideas for Your Unborn Child

Here are 5 activities you can do for your unborn child:

If you play a musical instrument, play it each day for your unborn baby for at least 30 minutes. Those 30 minutes can be broken up into smaller segments 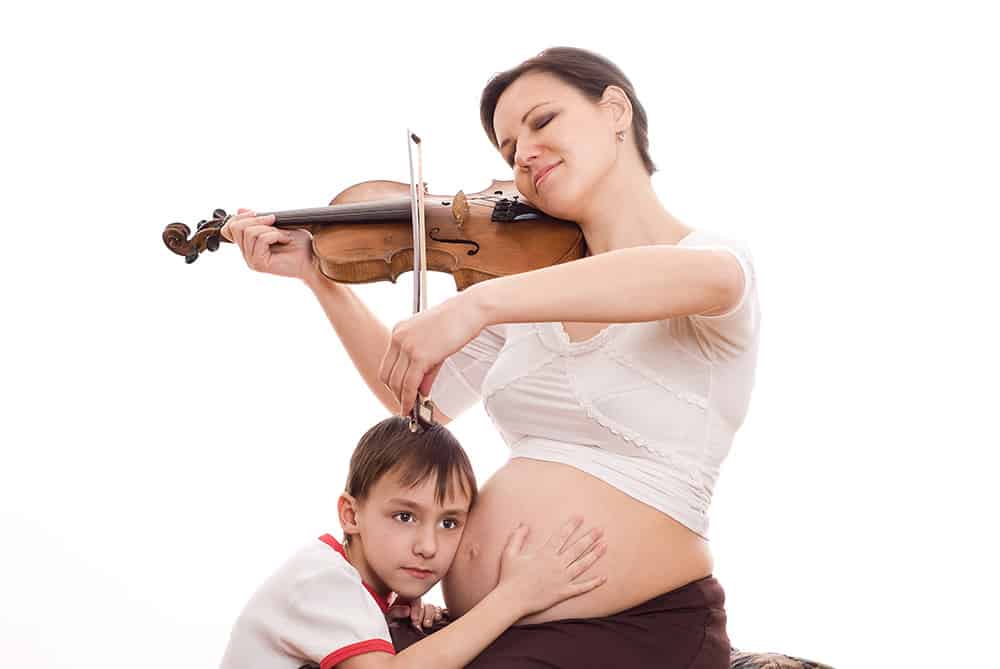 When you are expecting, play classical music for your unborn child every day.

If you have headphones, you may want to place them on your stomach during pregnancy and play 10 minutes/each of classical music that is both calming and stimulating.

Shetler found when mothers played stimulating music, their babies responded with sharp, rapid or agitated movements. When the mothers played sedative music, the babies responded with rolling or soft motor movements. But, based on what other scientists have found, it is not necessary to use headphones because your child will hear the music regardless.

#3: DEVELOPMENT OF SPATIAL-TEMPORAL REASONING IN UTERO

In the car, at work, and at home, play the music of Mozart and other composers for your unborn child.

Studies indicate it may increase their spatial-temporal reasoning, even in utero. In 1998, Dr. Frances H. Rauscher found that rats exposed to Mozart’s Sonata (K.448) in utero plus 60 days postpartum performed better in a maze learning environment than rats exposed to white noise, minimalist music or silence.

The researchers believed that patterns within the music can influence or rewire an animal’s neural network and do the same for infants who were exposed to music in utero.

#4: SING TO YOUR BABY IN UTERO

Sing to your unborn baby every single day!

Take classical music to the hospital to play while your baby is being born. It creates a relaxing, peaceful atmosphere for both mother and baby. And take books and read to them each day you are there and then continue this practice as they grow.

Did you sing, talk, read or play classical music to your unborn child? What were your experiences? Please comment in the section below.

NOTE: This is an excerpt from my book, Good Music Brighter Children. 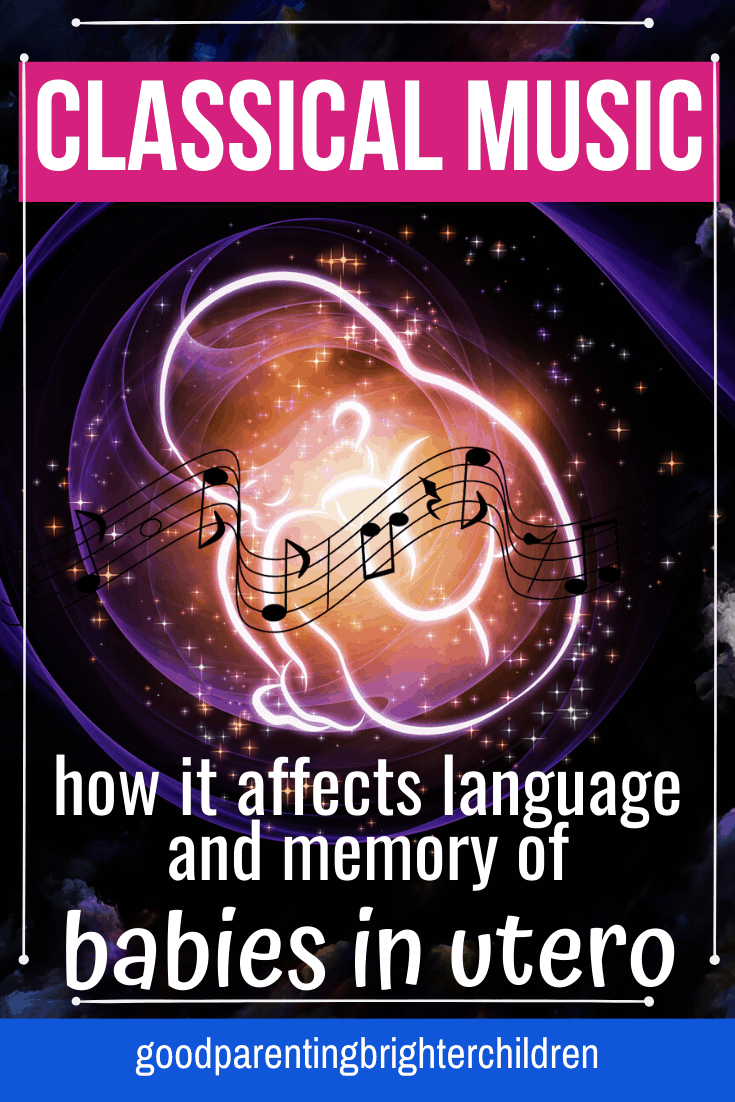 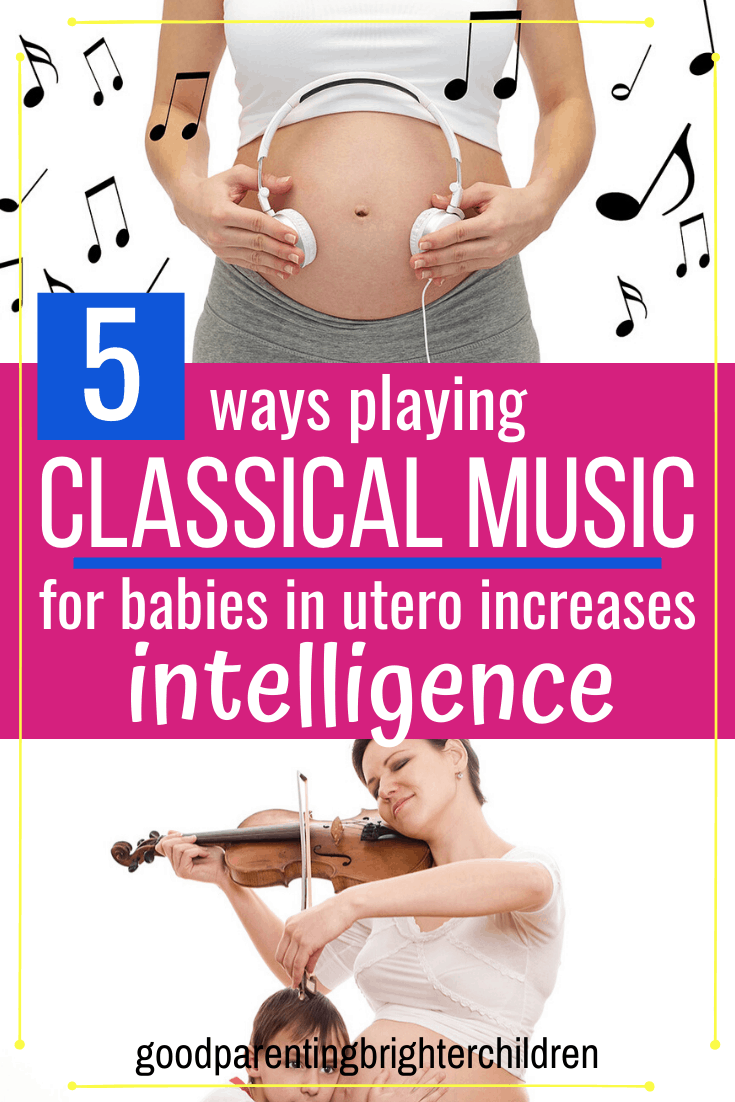 TALENT IS A NATURAL EVOLUTION AND CAN’T BE RUSHE

WHY IS THE DEVELOPMENT OF MUSICAL TALENT SURPRISIN

WHAT IS THE FORMULA FOR DEVELOPING MUSICAL TALENT

MUSIC: THE ANSWER TO MANY LEARNING DISABILITIES!

LEARNING DISABILITIES ARE ON THE RISE: HERE’S HO

EVIDENCE SHOWS THE POWER OF MUSIC PROGRAMS IN THE

HOW MUSIC PRIMES THE BRAIN FOR ACADEMIC SUCCESS L

12 IMPORTANT REASONS WHY WE NEED MUSIC IN OUR SCHO

AUTISM: A GROWING CONCERN Did you know that more