Inside: Here is a selection of spooky scary Halloween music and movies for kids to play (and watch) in the dark on Halloween night. Terrifying and downright chilling—the music and movies will invoke fear in the hearts of children, teens, and parents, but will also add to your Halloween fun!

Halloween and scary music go hand-in-hand. You probably own several Halloween CDs complete with all the scary music you need, but did you know that scary music is found in the classical repertoire? Believe it or not, classical music does contain some fairly ominous music.  And, your kids will love listening to this music or watching the visual music on youtube. In our house, we call it, Halloween Music for Kids.

I’ve also included 13 scary movies (and links) to watch on Halloween and some fun (and educational) games to play with your kids to help them understand just how important music is in the movies! Can you imagine holidays, movies and even life…without music?!

Here are a few suggestions of rather scary classical music that you can introduce to your children during October in preparation for Halloween. You can also use this music as background music for any of your Halloween parties or celebrations. Click on the link and it will take you to a YouTube Halloween Music video to watch. Also included are my Amazon Picks–if you want to purchase the music. 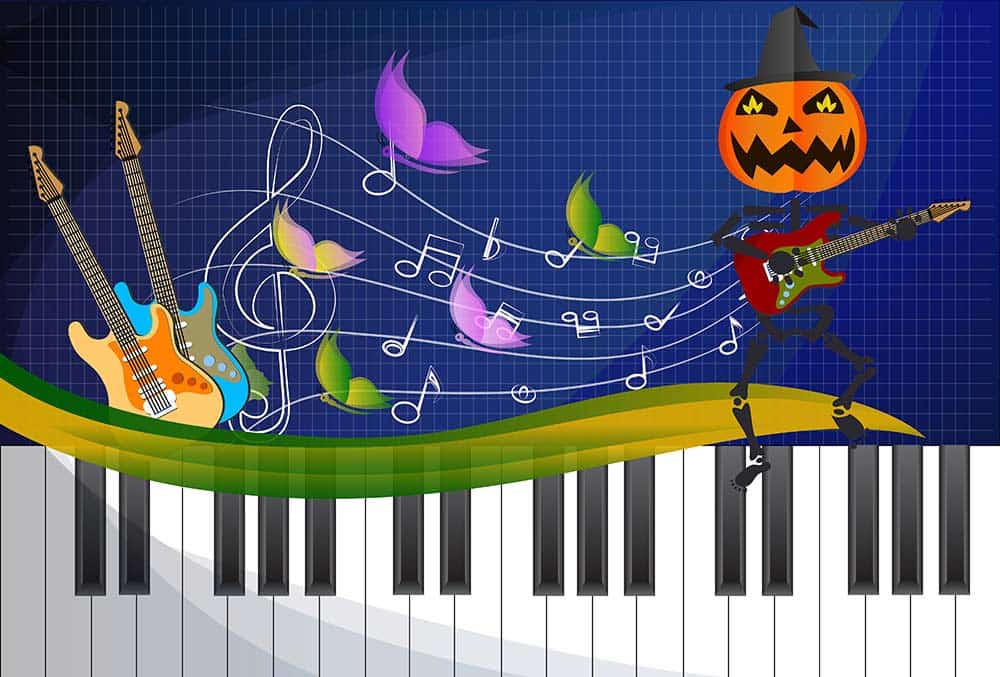 “March to the Scaffold” in Symphonie Fantastique, Op, 14 by Hector Berlioz

Toccata and Fugue in D Minor by Johann Sebastian Bach

Hungarian Dance No. 5 in G Minor by Johannes Brahms

Ride of the Valkyries by Richard Wagner

Halloween Game #1: See How Important Music is in the Movies

If you are planning a themed Halloween party with your kids, (i.e. “Harry Potter”), here is a fun musical game that will help your guests understand just how important the role of music plays in the movies. Plus—it is scary fun! Click on the movie links below for some frightening sounds and visuals. Teens love this game!

Here are the simple directions:

Your kids will quickly see that scary movies are just not that scary unless accompanied by chilling, terrifying music

Here’s another fun Halloween game that will require a little more thinking.

For example here are some pieces of classical music that found their way into famous (and not so famous) movies:

Halloween Music for Kids: Spooky Music Found in the Movies

Here is a selection of 6 movies and the composers who composed the amazing music for each of these movies. As mentioned, if you play a terrifying segment of the music with the sound muted and then with the sound unmuted, you and your kids will witness firsthand the central role music plays in movies. 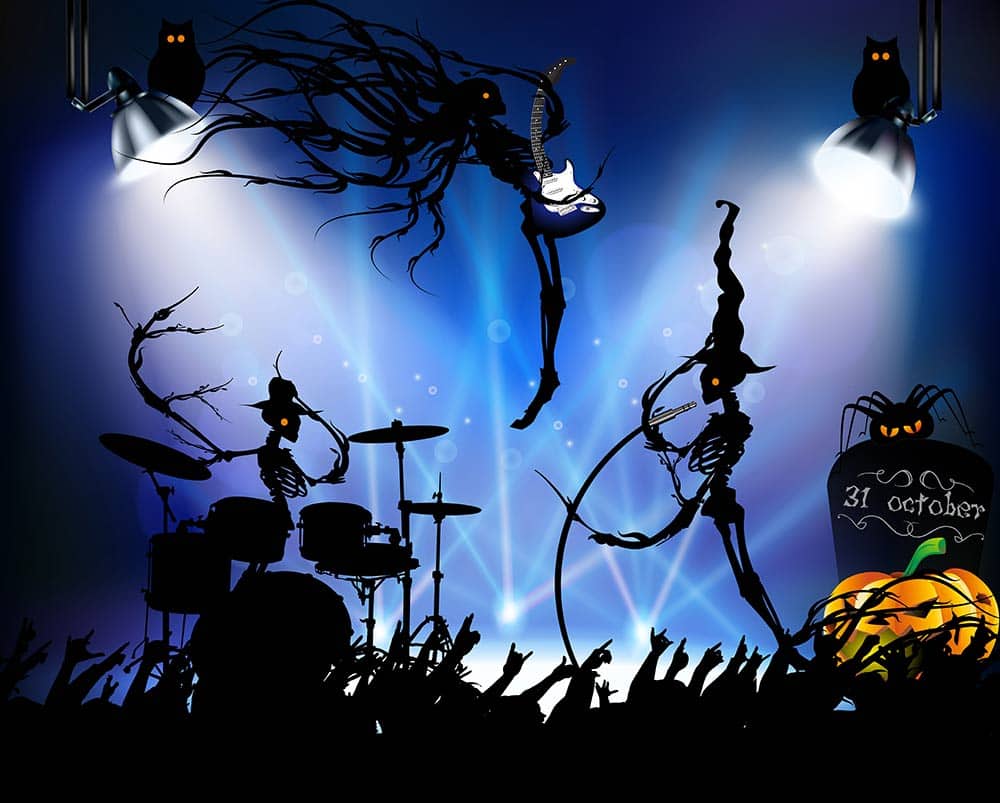 Halloween wouldn’t be the same without scary music! Check out these selections of spooky classical music and music found on YouTube from various movies centered around Halloween

Two single notes never did as much work as it did when queueing up the intro of the ocean’s scariest predator. The Jaws theme, written and conducted by Hollywood legend John Williams, is one of the most recognizable, horrifying clips of music ever composed.

Do you remember the scene at the beginning where the girl is swimming alone at night in the ocean? All of a sudden you hear those single ominous notes letting you know that something horrible is about to happen. From that point on, whenever you hear that music, you tense up. The audience knows that something bad is about to happen while the movie characters remain oblivious—which heightens the intensity of this thriller!

The height of the film’s intensity only features a few notes of music, but the piercing, screeching violin strings echoing throughout Psycho’s shower scene held more power than most movie music would for decades to come.

Warning: don’t take a shower on Halloween. Opt for a bath. In the light of day. With a weapon nearby… Music by Bernard Herrmann

Remember when Harry, Ron, Hermione, and Malfoy serve detention in the forbidden forest with Hagrid as their escort? Harry and Malfoy find a horrible creature (Lord Voldemort) who has just killed a unicorn and is drinking its blood. Malfoy runs away, leaving Harry behind to face Voldemort—notice the music in those scenes—scary and foreboding! Use your DVD to show your children this scene and music. Music by John Williams. 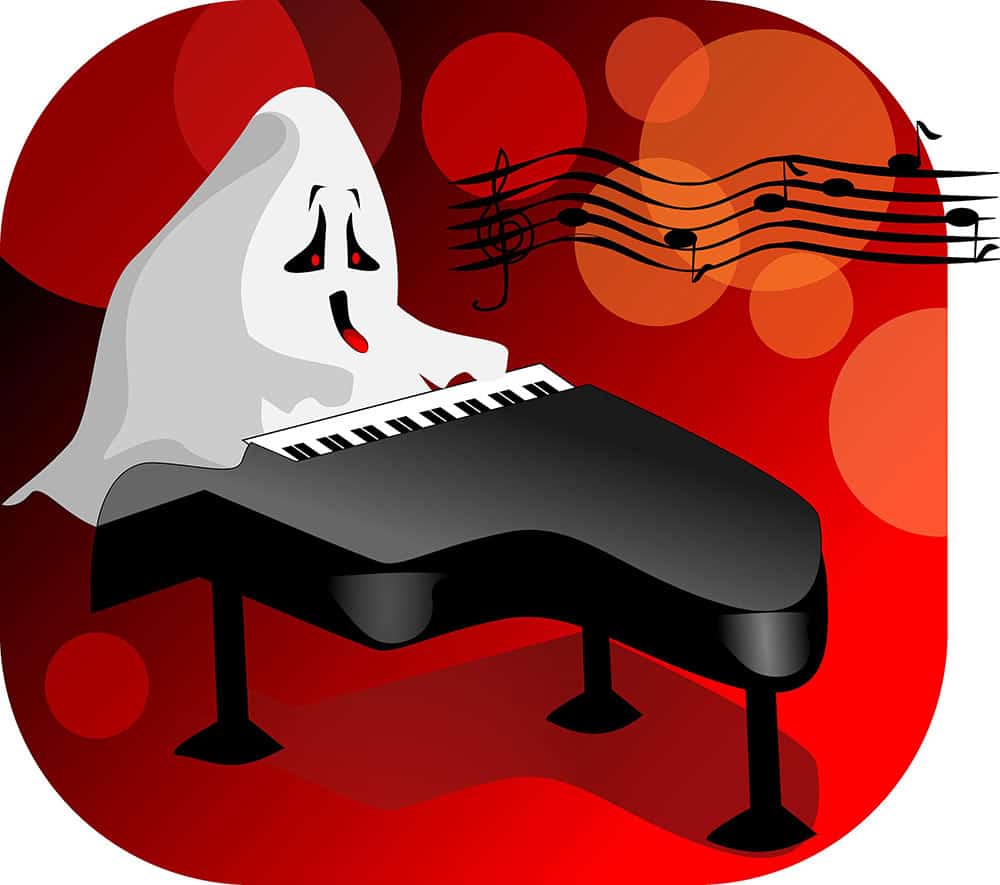 Your kids have probably seen, “Harry Potter and the Sorcerer’s Stone,” or “Jaws,” or “Signs.” Each of these movies has amazing music which sets the mood for the entire movie. Movies wouldn’t be the same without music!

This movie is about a family living on a farm that discovers mysterious crop circles in their fields. They suggest something more frightening to come! To be honest, I have only seen trailers of this movie—but I’ve been told the movie is rather scary and so is the music—you be the judge. Music by James Newton Howard

Haven’t seen this movie—never will! However, John Carpenter’s terrifyingly minimal music composition for the original Halloween is more than enough to strike fear into anyone’s heart after hearing just a few tinkering notes. The synth-enhanced tune, played in 5/4 time, was famously performed by the director—and turned Halloween from an eerie, oddly brutal horror flick to something so much more nightmare-inducing.

This classic music uses as the theme, Also Sprach Zarathustra by Richard Strauss. When Hal the computer takes over the spaceship, it spells TROUBLE for Dave the human. A classic movie never to be forgotten!

There are other movies which also contain some pretty scary music themes:

I’ll leave it to you to check out those movies. Hopefully, this list is a beginning of scary music and movies to play in the dark with your kids on Halloween night!

Does your family have favorite Halloween music or movies that have become a tradition of listening to or watching around Halloween? Please share in the comment section below. 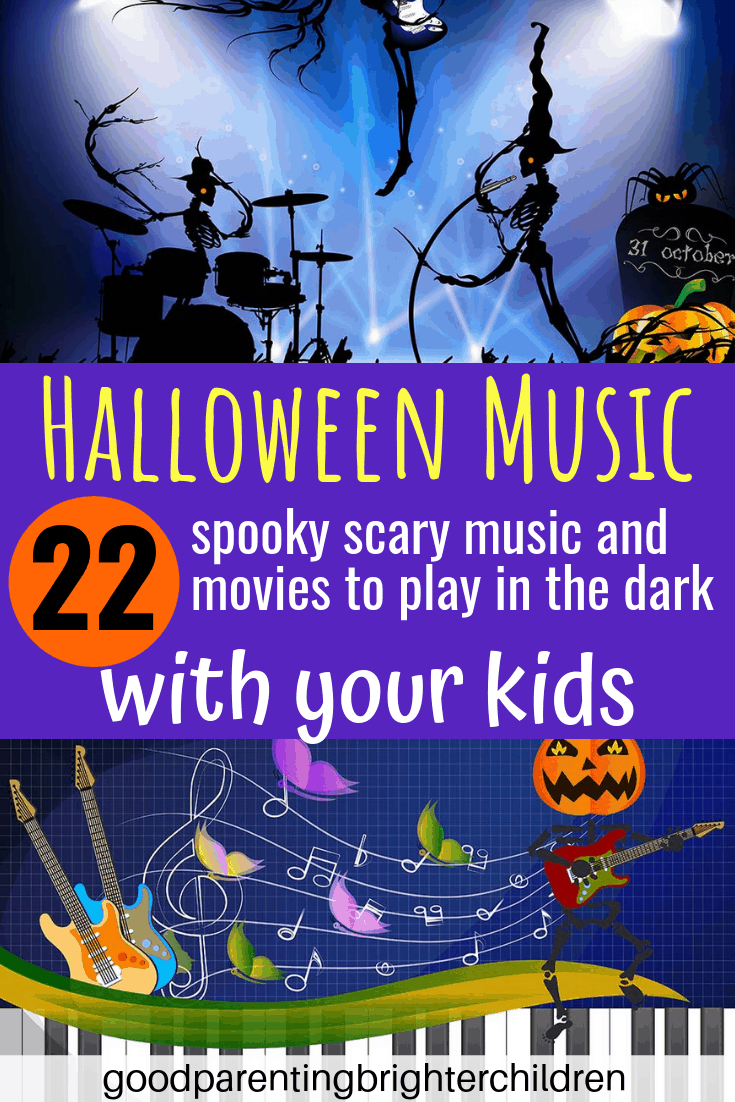 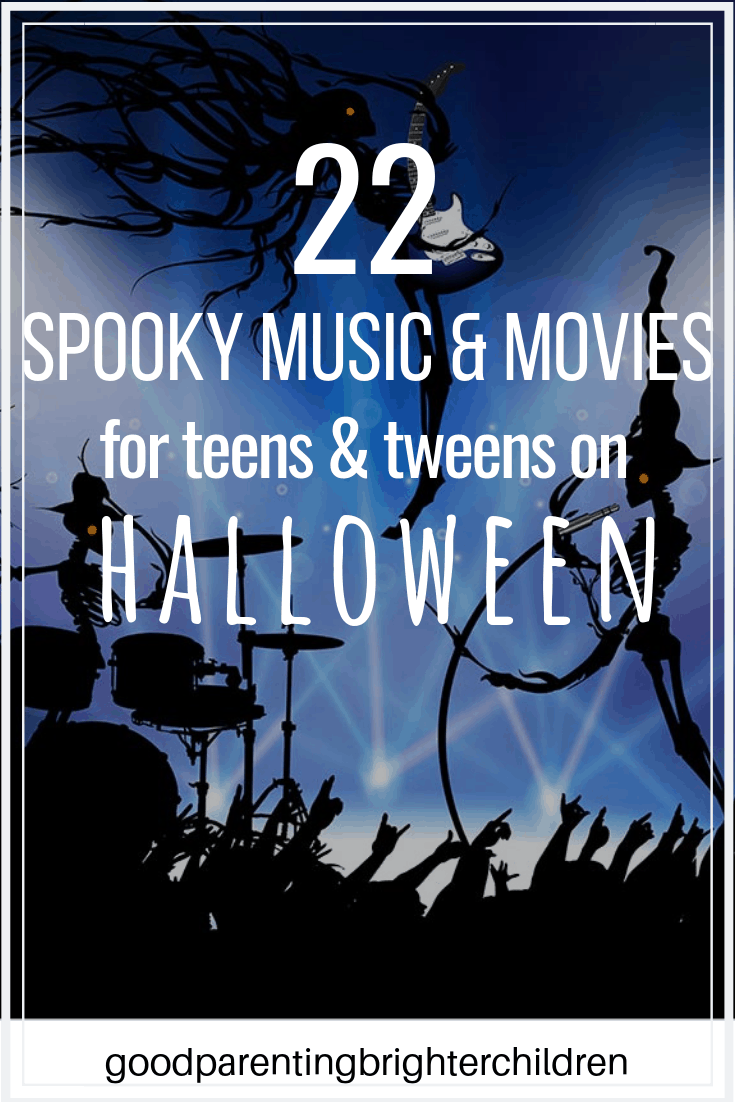 « Best Crockpot Apple Butter: Healthy Smart Kids in the Kitchen!
Everything You Need To Know About Great Halloween Books »