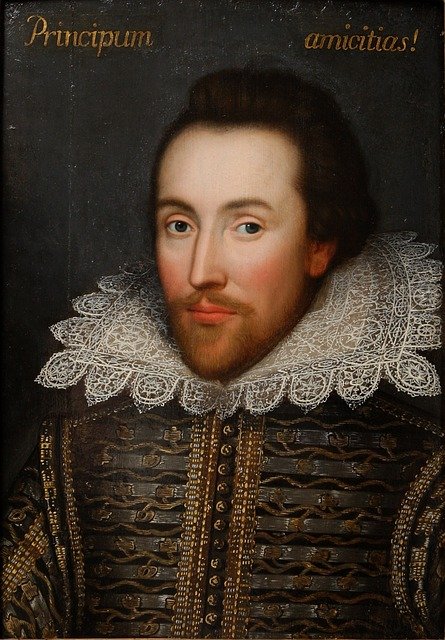 William Shakespeare is one of the greatest playwrights and poets who ever lived. He wrote 37 plays that teach adults and young people alike of their strengths and weaknesses, virtues and vices.

William Shakespeare is one of the greatest playwrights and poets who ever lived.  Also called “The Bard,” (because he was considered the greatest poet ever) Shakespeare was born in Stratford on England in 1564 and died in 1616.

He wrote 37 plays, which are read and performed in countries all over the world.

In his play, Julius Caesar, Cassius says, “I, your [looking] glass Will [be and will] modestly discover to yourself [qualities] of yourself which you yet know not of.”

Shakespeare used his characters, each one having a special personality trait, for us to see a reflection of our own lives and make changes where needed. “Looking glass”—meaning mirror and he (Shakespeare) will hold this mirror up to us (through his characters) and show us our faults and virtues, strengths and weaknesses.

As a result, his plays become cautionary tales for us and for our children. 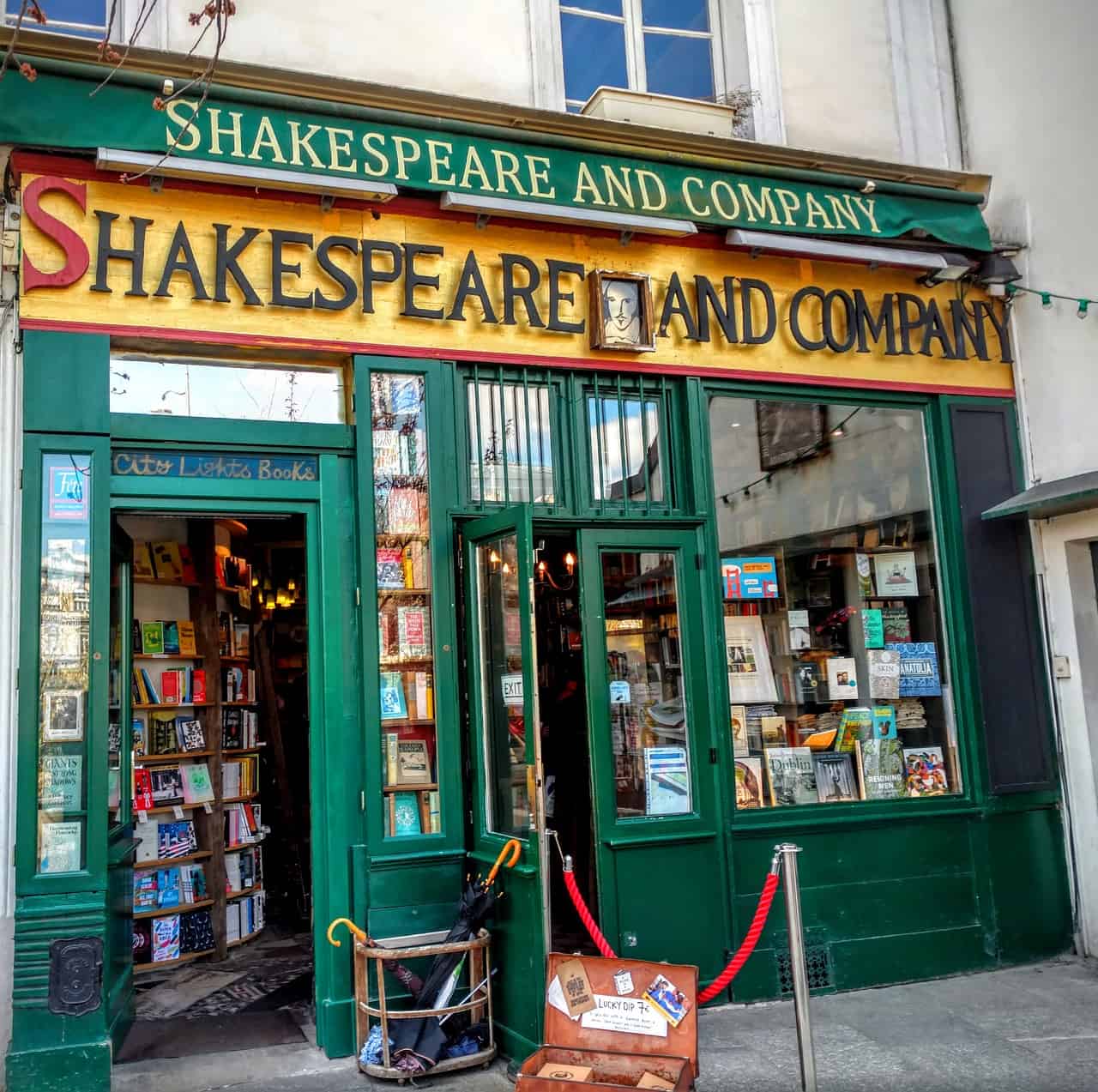 If you want to teach your kids how to think–one way to do it is to read them Shakespeare. Start with simple books geared to children (see below). Here are a few ways to understand and introduce Shakespeare to your children that include books, plays, activities, movies and more.

#1: Shakespeare is not a Fraud!

Some people have indicated that Shakespeare was a fraud; that his plays, his characters, his words, etc., were copied from others making him nothing more than a copycat. Consider this: during the 16th and 17th centuries, there were no copyright laws and the authors, poets, and playwrights of the day borrowed and copied from each other—lines, plots, characters, and more. It was accepted. Many of Shakespeare’s characters are taken from history, and some may have been inspired by others, but his poetry and writing are his own.

The point is—instead of worrying if everything he wrote is absolutely his creation, judge him by what you learn and glean from what he wrote. Teach your children the same.

#2: Some Great Book Series and Boxed Sets about Shakespeare for Kids 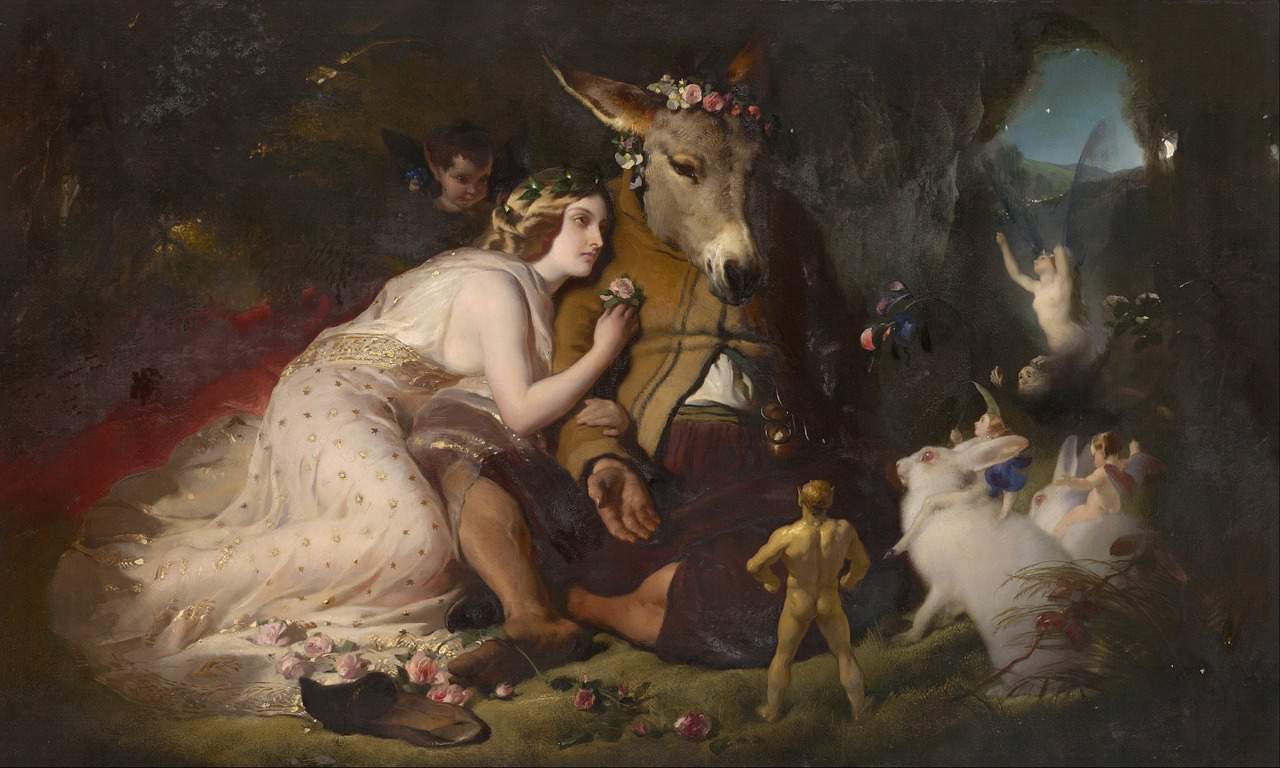 One of Shakespeare’s comedies is, “A Midsummer Night’s Dream.” It’s about the events surrounding the marriage of the Duke of Athens to Hippolyta.

There are several books written specifically for children to teach them about Shakespeare’s stories. Here are some favorites:

These sixteen paperback books are perfect to use to introduce your young kids to Shakespeare. The beginning of each book introduces the characters in the story along with illustrations. Your child will be able to identify the good guys and bad. The plots are written in simple language and the illustrations are black and white. I have friends who read these books to children as young as five with great success!

Shakespeare for Kids: His Life and Times, 21 Activities by Colleen Aagesen

In this lively biography and activity book, your kids will experience William Shakespeare on a whole other level! Staging swordplay, learning to juggle, and creating authentic costumes like a flamboyant shirt with slashed sleeves or a lady’s lace-trimmed glove bring the theater arts to life. Making a quill pen and using it to write a story, binding a simple book by hand, creating a fragrant pomander ball and a dish of stewed apples show what daily life was like in Elizabethan times.

Tales from Shakespeare by Marcia Williams

The comic book style is great for young readers and teens. According to the author, Jim Trelease, comic books introduce children to a rich vocabulary and exciting action that can’t be conveyed on a single page. Don’t dismiss comic-book style books!

Check these out on Amazon 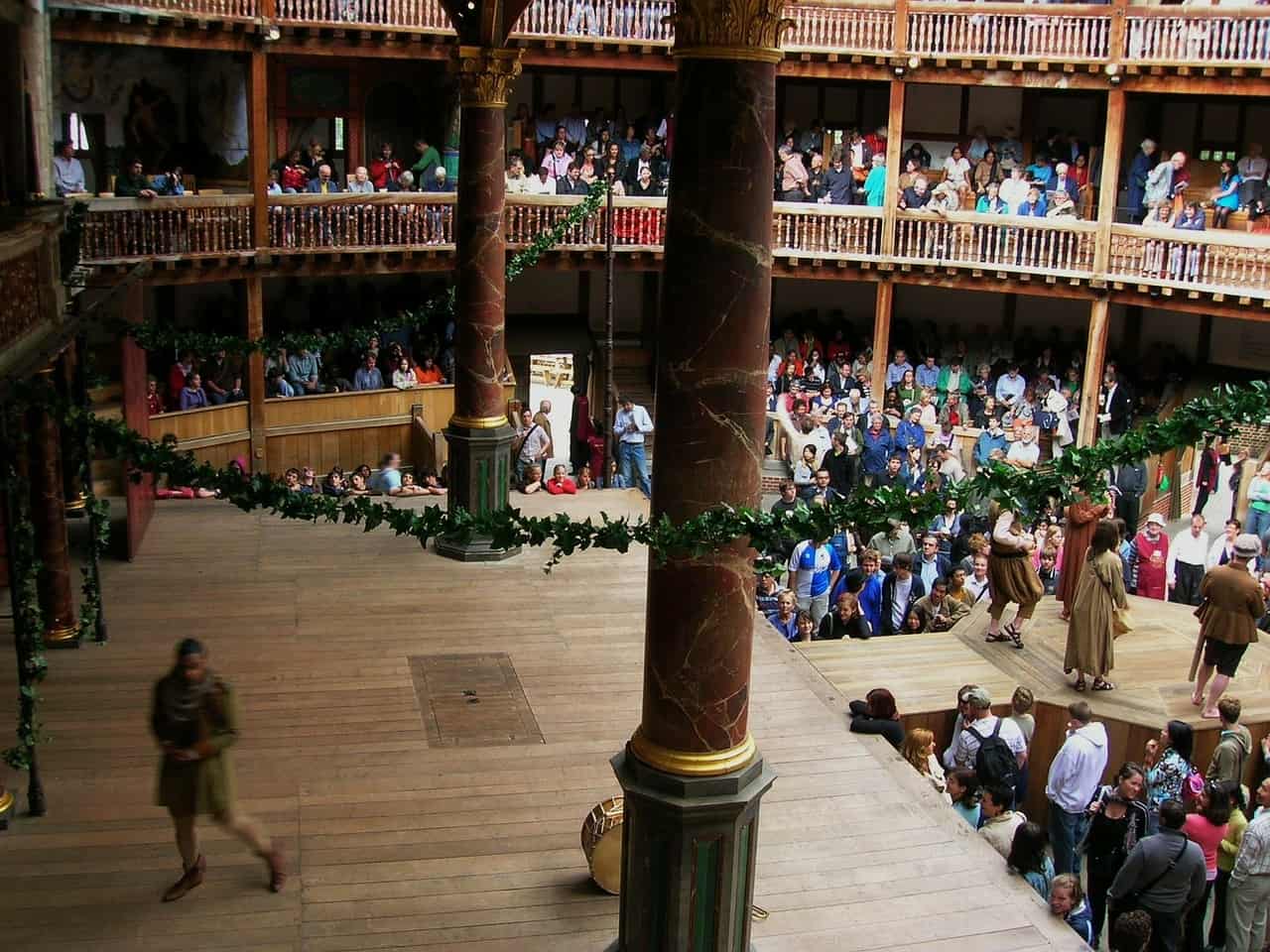 Each year in Ashland, Oregon, Cedar City, Utah, and many other states in the U.S. you can attend a Shakespeare festival complete with plays, movies, and activities the whole family can enjoy and participate in. Check on the Internet for places near you for Shakespearean festivals.

Several years ago, our family went to Cedar City, Utah to the Shakespearean festival. It was 4 days of jammed-packed plays, activities, and back-stage tours that left a HUGE impact on all of us. Seeing is believing and a powerful way to get your teens to fall in love with Shakespeare!

Also, the 4th graders at Hobart Elementary School in Los Angeles put on a yearly Shakespeare play. Under the direction of their amazing teacher, Rafe Esquith, they perform original Shakespeare plays, (not watered-down Shakespeare)—just as The Bard wrote them. It’s inspiring to see these young kids perform. Find out the dates and take the whole family!

Each year the Hobart Elementary school in Los Angeles performs a Shakespeare play. We went to Cymbeline and were blown away by the talent of these fourth graders!

If you need an easy way to introduce your kids to Shakespeare—watch one of the many movies Hollywood has produced. There are several versions of Romeo and Juliet as well as The Merchant of Venice, Hamlet, and Othello. Watch the different movie versions of Romeo and Juliet, including the modernized version, “West Side Story.” With your teens, compare/contrast the differences.

#4: Lessons Learned from Shakespeare to Discuss with Your Kids 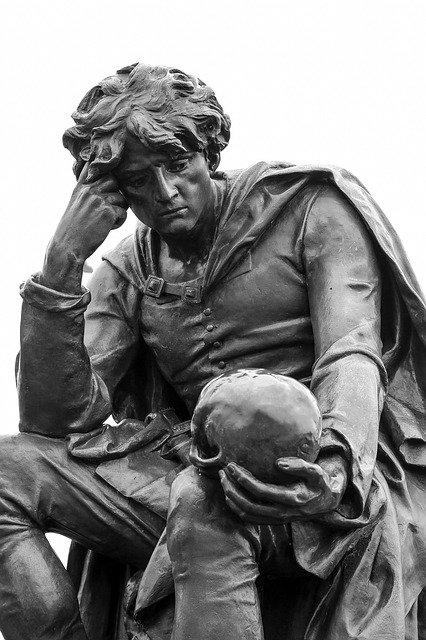 Hamlet (pictured) was voted the greatest book ever written, second only to the Bible. The writings of Shakespeare contain some five hundred references to the Bible.

Shakespeare wrote histories, comedies, tragedies, and romances and in all of them taught valuable lessons that are as relevant today as they were in the 16th century. Here are famous quotes from a few of his plays and the lessons taught. By the way—his comedies were not “ha-ha,” funny plays. Comedies were plays where the players learned valuable lessons in the end. 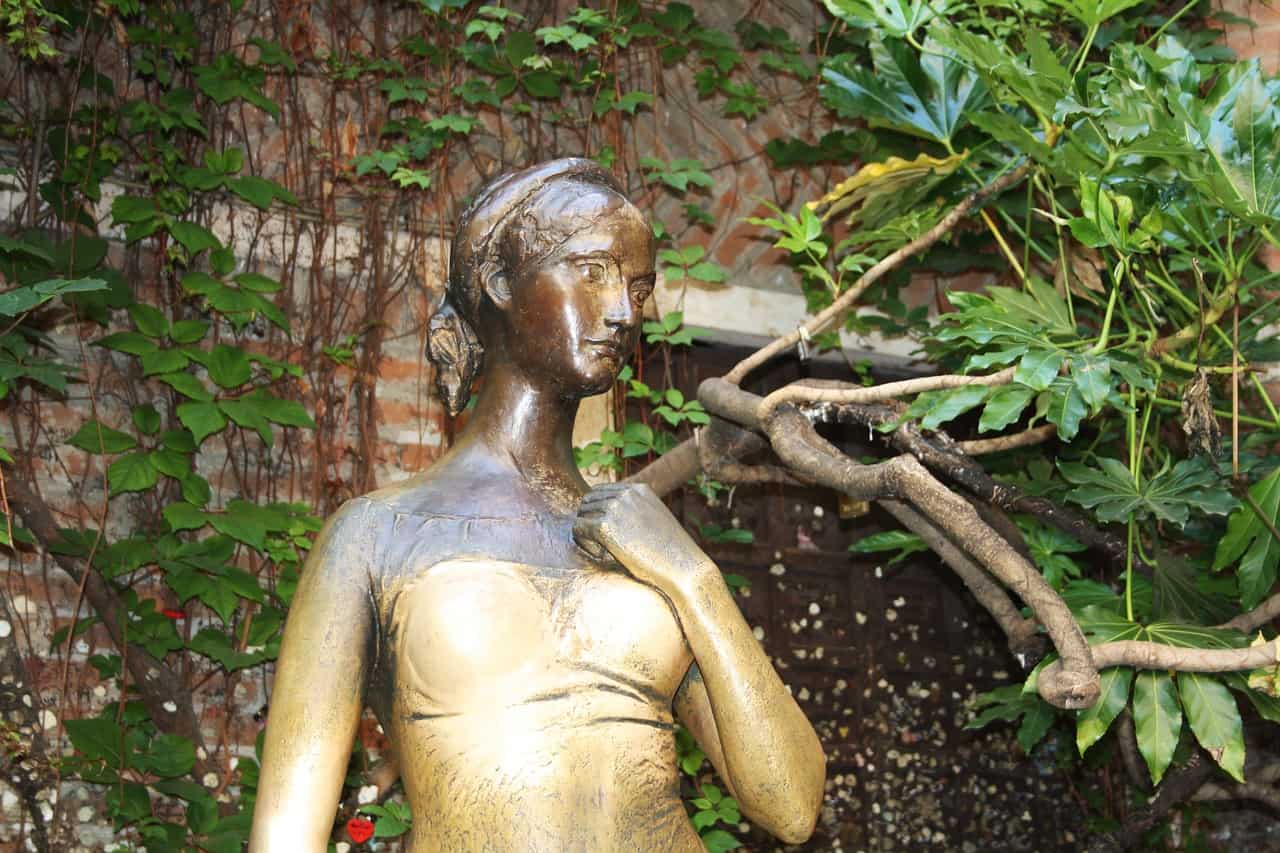 Romeo and Juliet is one of Shakespeare’s most beloved plays. There are several movie versions available and are a good way to introduce your teens to this play.

Reading and discussing great pieces of literature with your children is a powerful way to get them to THINK and to think critically.  Educators today are always looking for ways to help students to think. Reading Shakespeare definitely helps this process. Spend time everyday reading, discussing and asking questions about Shakespeare’s plays with your kids. It’s one way to get your kids to think about and internalize what they are reading. Long-term, it will be one of the most valuable activities you do with them!

Take these suggestions to heart and begin today to introduce your children to Shakespeare.

This blog post is one of the “Tidbits of Wisdom for Parents” YouTube video series. Click here to see the video on “Here is the Most Amazing Way to Introduce Shakespeare to Kids.” 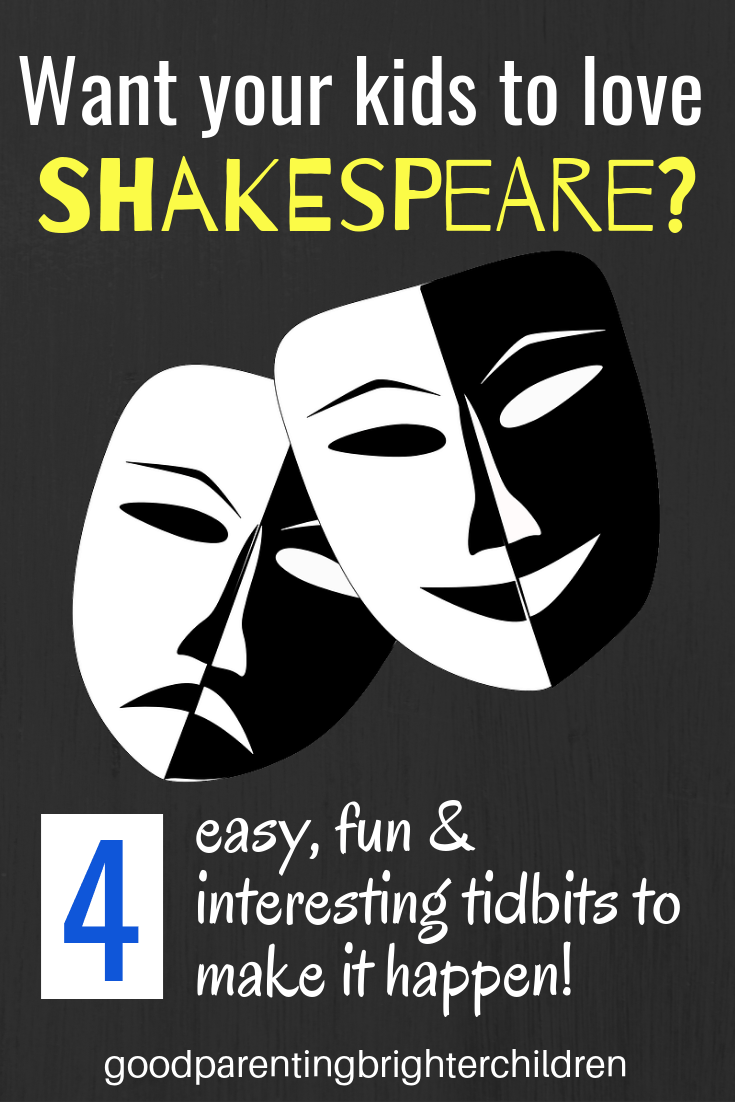 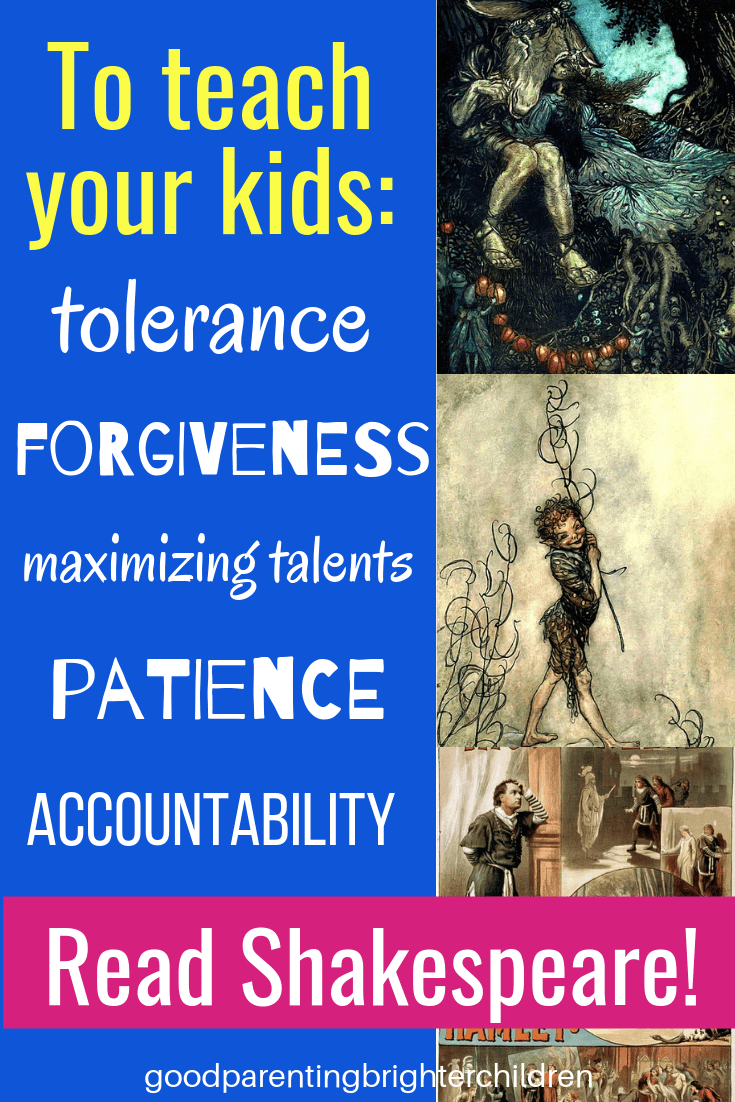 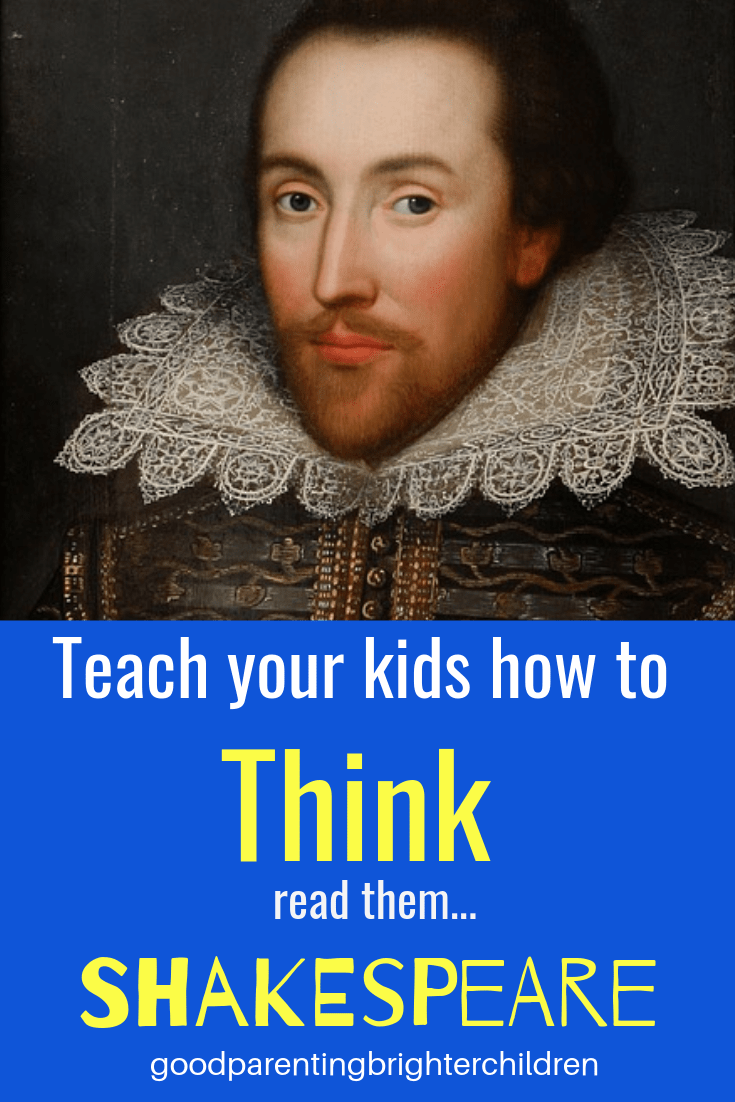 « Warning: What is Lifelong Learning and Why Is it So Important?
Here are the Most Amazing Fun Art Activities for Kids! »